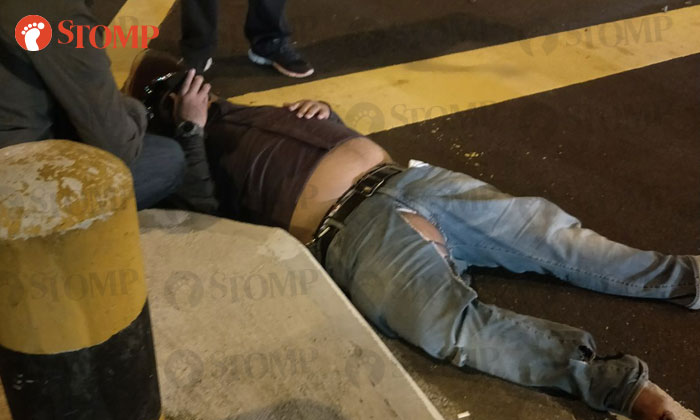 A 22-year-old motorcyclist was injured in an accident with a taxi along Bukit Panjang Road yesterday (Aug 23) at around 10.35pm.

A Stomper came across the aftermath of what happened and alerted Stomp to what he came across.

In a photo he sent, the motorcyclist can be seen lying on the road by the pavement after the accident. A man was checking on him.

Paramedics then arrived and stretchered the victim into an ambulance.

The taxi that is believed to be involved in the mishap can be seen several metres away.

Said a police spokesman in response to a Stomp query:

"On Aug 23 at 10.34pm, police were alerted to an accident involving a taxi and a motorcycle at the junction of Bukit Panjang Road and Bukit Panjang Ring Road.