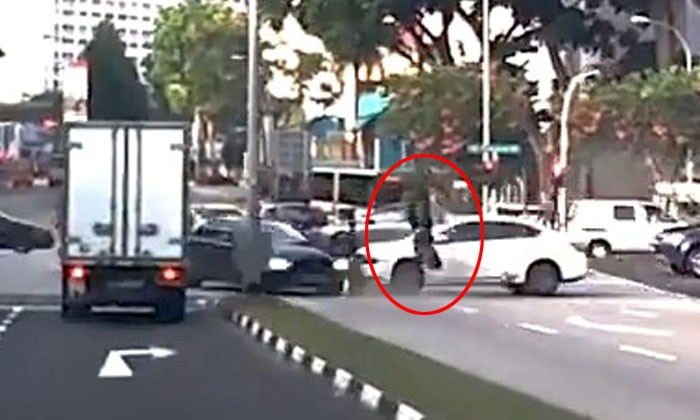 A 30-year-old motorcyclist was injured after getting hit by a car before bouncing off another at the junction of Bukit Panjang Road and Bukit Panjang Ring Road two days ago (Sep 5) at around 8.16am.

A video of the incident posted on ROADS.sg first shows the biker making a right turn at the junction.

As he was doing so, he was hit by a white car that was travelling at a relatively high speed.

The biker was flung off the motorcycle due to the impact, and bounced off the bonnet of another turning car as he fell into the road.

His helmet was dislodged in the accident and debris was strewn on the road following what happened.

Said a police spokesman in response to a Stomp query over the incident:

"On Sep 5, 2017, at 8.16am, police were alerted to an accident involving two cars and a motorcycle at the junction of Bukit Panjang Road and Bukit Panjang Ring Road.