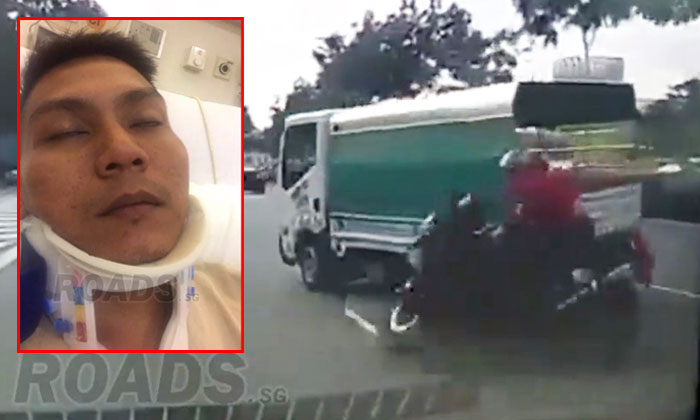 A motorcyclist was hit by a lorry that was changing lanes on the Ayer Rajar Expressway (AYE).

According to the caption of a video of what happened posted on ROADS.sg, the incident took place on Sep 22 at around 5.41pm.

In the video, the lorry can first be seen travelling on the first lane of the expressway.

At around the 10-second mark, its driver went across two lanes, hitting the motorcyclist who was on the second lane in the process.

Judging from the speed of lane change, the lorry driver seemed like he made a last minute decision to exit the expressway.

Following the accident, the motorcyclist fell onto the road.

A photo of the motorcyclist in a neck brace in hospital was shown towards the end of the video.