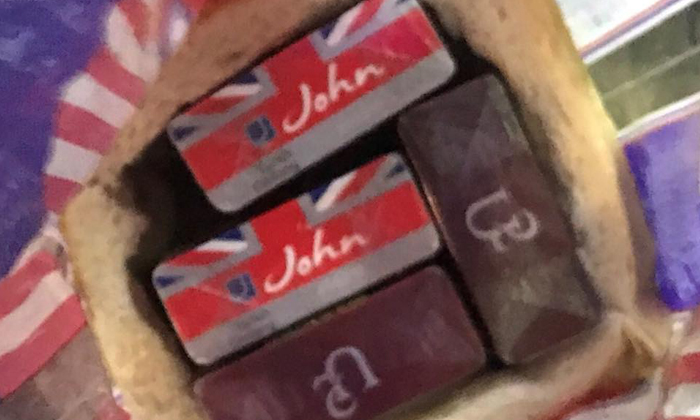 A 28-year-old motorcyclist was found with four packets of duty-unpaid cigarettes that he had hidden in a hollowed-out loaf of bread at Woodlands Checkpoint on May 14.

Photos posted by the Immigration & Checkpoints Authority (ICA) on Facebook indicate that the bread loaf was stashed away in the motorcycle's storage compartment.

A meticulous checkpoint officer uncovered four packets of duty-unpaid cigarettes concealed in a...

Posted by Immigration & Checkpoints Authority on Tuesday, 15 May 2018

According to the ICA, the 28-year-old Malaysian man was compounded $800 by Singapore Customs for the customs offence of failure to declare and pay duty and Goods and Services Tax on the cigarettes.

In the post titled "Contra-bread", the ICA added: "Our borders are our first line of defence in safeguarding Singapore’s security.

"The ICA will continue to conduct security checks on passengers and vehicles at the checkpoints to prevent attempts to smuggle in undesirable persons, drugs, weapons, explosives and other contrabands."

ICA's sense of humour has not gone unnoticed by netizens, who came up with their own puns in response to the post:

This is not the first time ICA has won brownie points for their wit.

When a Singaporean man was stopped at Woodlands Checkpoint on June 13 last year for trying to smuggle in two packets of cigarettes that he had concealed in his shorts, ICA quipped: "Six-pack? ICA officers only see two packs."