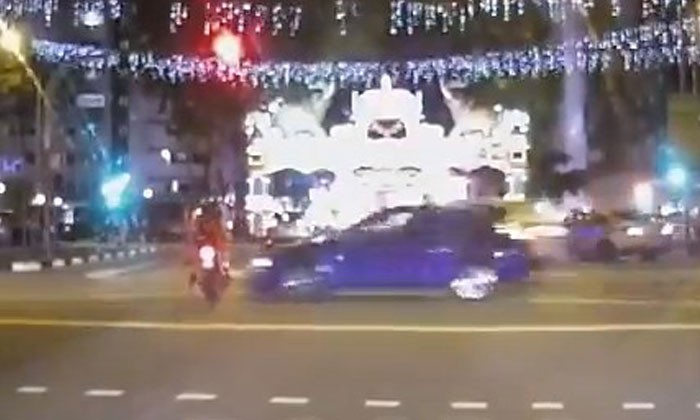 A biker and pillion rider were hit by a car after beating a red light at the junction of Selegie Road and Rohor Canal Road.

According to the timestamp of a video of what happened posted on ROADS.sg, the incident took place on Oct 10 at 8.49pm.

In the video, the biker can first be seen accelerating across a pedestrian crossing when the red light was still showing.

As he or she was crossing the junction, the motorcycle was hit by a blue car.

Thankfully, the driver of the car managed to slow the vehicle down moments before the accident, minimising the impact.

Both the biker and pillion fell onto the road subsequently. They did not appear to be badly hurt and were still able to stand following the accident.

Based on the video, the traffic lights at another junction several metres in front turned green before the collision.

The biker may have taken the cue from the wrong traffic light, which resulted in the accident.