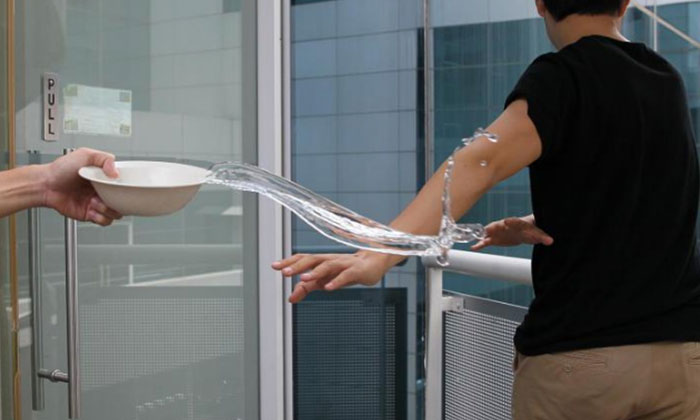 A man spilt scalding soup and swung his fists at a Caucasian man who allegedly groped his girlfriend's backside.

The incident happened at a foodcourt in AMK hub on Monday (March 5) at around 6pm, and both the man, 23 and the alleged molester, 62, were arrested by the police after the dispute.

According to Shin Min Daily News, during the time of the incident, the man’s girlfriend and the uncle were queueing at a chicken rice stall, when the uncle allegedly groped the woman’s backside.

Unbeknownst to him, the act was witnessed by the woman’s boyfriend who was standing at the back.

The man became enraged, took a bowl of hot soup and spilt it on uncle’s hands.

The uncle too flew into a rage at the sudden provocation, and the two got into a heated argument.

Shin Min Daily News visited the foodcourt later to find out more about the event that transpired.

“At that time, I heard a couple arguing with a Caucasian man. The younger man was agitated, and swung his fist at the uncle’s face.”

Another stall helper who declined to be named said:

“The young man hit the uncle on the back with a tray three times. He then punched the uncle’s chest.

“The uncle originally intended to retaliate, but managed to control himself.

“The man became even angrier after that and continued hitting the uncle.

In response to a Stomp query, a police spokesman said that they were alerted to the case at 6.07pm on Monday (March 5).

A 62-year-old man was arrested for his alleged involvement in a case of outrage of modesty.

A 23-year-old man was also arrested for rash act and being a public nuisance.