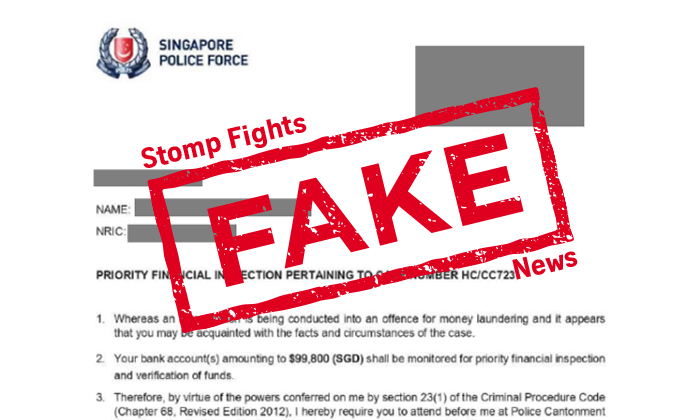 The police are cautioning members of the public about a recurring trend where scammers would approach victims via spoofed calls.

These calls would often contain the '+65' prefix, suggesting that these calls originate overseas.

In these cases, the victims would receive unsolicited phone calls from callers who would claim to be a bank staff. The victims would be informed that their bank accounts had been misused and they were under investigations for money laundering cases.

Thereafter, the caller would transfer the call to someone purportedly from the Commercial Affairs Department (CAD), to facilitate the lodging of police reports.

The fake officer from CAD would subsequently communicate with the victims via WhatsApp. He would ask the victims for their personal particulars, including photographs of the victims and their identification documents claiming, that such information was required to lodge the police report.

In some cases, the victims would receive an image of a letter purportedly from the Singapore Police Force (SPF), notifying the victims that they were under investigation. 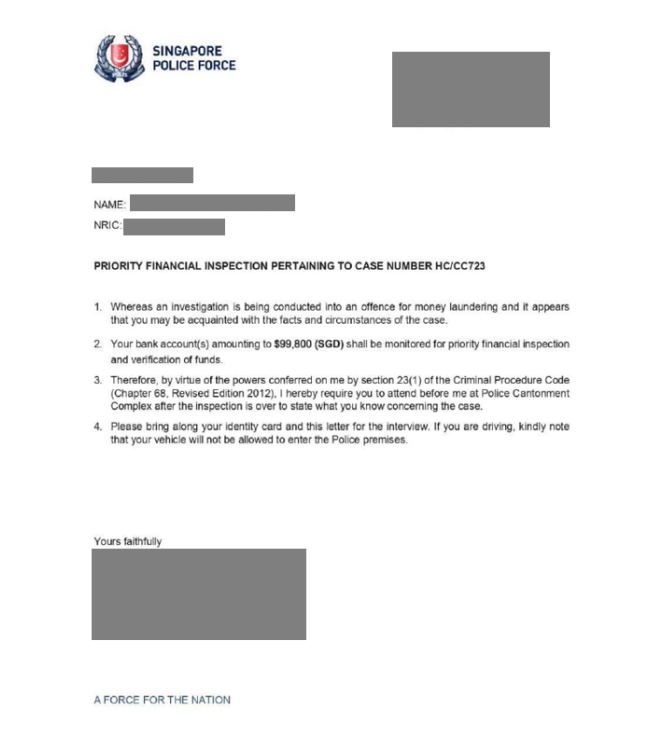 The victims would only realise that they have been scammed when they received notifications from the banks, informing them that their contact details had been changed and unauthorised transactions were made from their bank accounts.

In a news release on Monday (Apr 11), the police emphasised that no local government agency will demand for your personal details, such as your NRIC and photograph, through an undocumented medium like a telephone call or other social messaging platforms.

Members of public are advised to take the following precautions when they receive unsolicited calls to surrender banking credentials or personal details to facilitate criminal investigations:

If you have information related to such crimes or if you are in doubt, please call the police hotline at 1800-255-0000, or submit it online at www.police.gov.sg/iwitness.