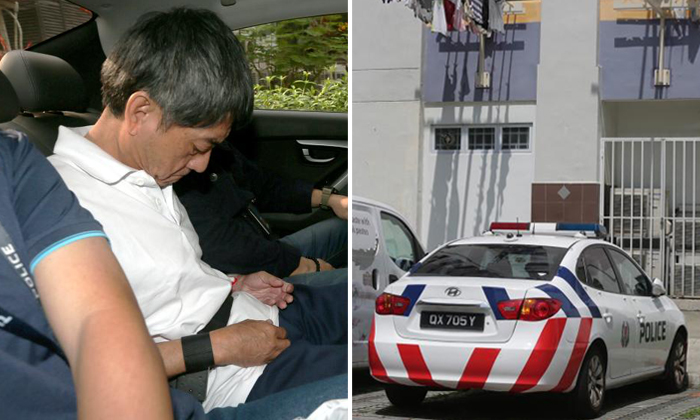 A 64-year-old man, who is currently facing a murder charge, had allegedly called the police himself after an apparent dispute with his daughter and admitted to killing her.

Her father, Tan Tian Chye, was arrested at the scene and reportedly did not put up a struggle.

The two are believed to have been in a five-minute dispute earlier on.

He allegedly said that he had used a bat-like object to attack Ms Tan, adding: "I killed my daughter."

Ms Tan was found lying motionless in the kitchen with a wound on the back of her head, reported Shin Min. It is believed that she died after one blow.

The deceased's mother was heard crying out repeatedly from her unit for about half an hour: "You take my life!"

A neighbour told Shin Min that she heard a woman's agitated cries of "I don't want! I don't want!" at around 4.30pm that day.

The 17-year-old student said: "The cries persisted for nearly 15 minutes and gradually got softer, presumably as the woman was brought downstairs."

Crying, believed to be from the victim's mother and relatives, could be heard from the unit until around 10pm, added another neighbour.

Other residents who were interviewed expressed disbelief over the murder, and described Tan as a friendly and cheerful man.

Mr Yun, a 68-year-old retiree, shared how he occasionally ran into Tan at the kopitiam and they would have coffee together.

"I saw his wife crying out downstairs and thought something might have happened at home, but didn't expect it to be like this," he added.