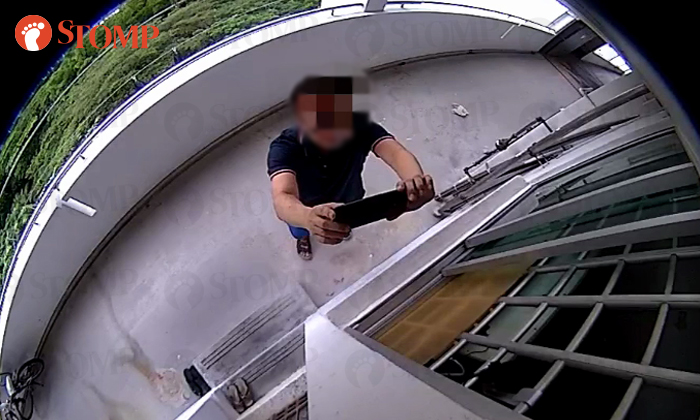 A resident in Bedok North lodged a police report after seeing her neighbour loiter along the corridor and take photos of her flat.

Stomper S, who submitted CCTV footage of the incident, said she was in her living room with her father when she spotted her neighbour outside her flat.

S recounted: "He was loitering outside my unit, walking up and down the common corridor.

"I then spotted him aiming his phone towards my unit. I was unsure about what he was doing but I heard camera shutter sounds.

"He appeared to take some pictures, then walked over and stood in front of my main door and continued taking photos."

S said there was "no confrontation" and that she is unsure if her neighbour actually took any photos or videos.

She told Stomp: "However, I felt disturbed by his actions so I proceeded to make a police report on the same day."