Bedok resident gets rude shock at HDB staircase: 'It looked like human faeces' 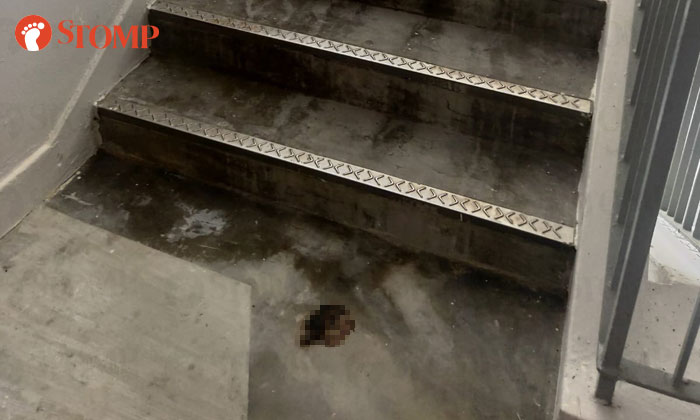 A Bedok resident was in for a rude shock when he came across faeces at a staircase landing at Block 525 Bedok North Street 3 last week.

"I was taking the stairs down from my unit and I was shocked and disgusted to see faeces at the staircase," he said, adding it was at the seventh storey.

In response to a Stomp query, an Aljunied-Hougang Town Council spokesman said they did not receive any recent feedback on such an incident at the said block.

"Hence, as of now, we are treating it as an isolated case but will be monitoring the situation to ascertain that it is not a recurring incident," the spokesman said.

"The faeces have been cleared during our daily routine cleaning.

"We would like to take this opportunity to urge the public to be considerate when in public areas and refrain from unhygienic practices.

Their considerateness and cooperation play a significant role in keeping our common areas clean and healthy."