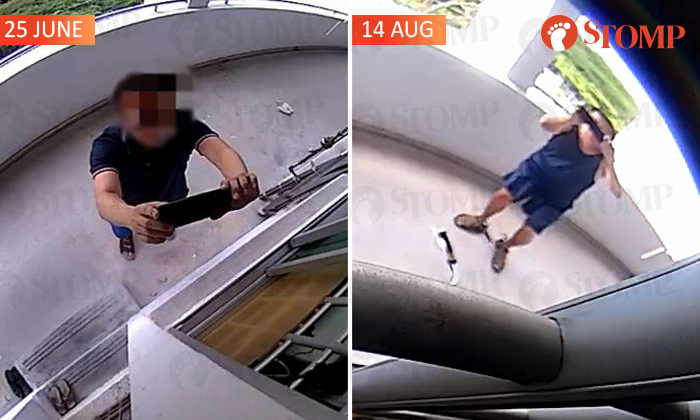 A resident has been feeling harassed by a neighbour who was caught loitering outside her unit on multiple occasions.

Stomper S, a resident at Block 529 Bedok North Street 3, previously shared how she saw her neighbour taking photos of her unit on June 25.

She told Stomp in a July 6 article that she saw her neighbour loitering outside her unit as well as walking up and down the common corridor.

She also shared a video showing her neighbour pointing his phone at her unit, though it is unclear whether he took photos or videos.

However, the man returned again on Saturday (Aug 14) and repeated his actions.

S said: "The same neighbour started taking pictures of my family member at the common corridor.

"Thereafter, he proceeded to take video/pictures of my house, so I called the police."

According to S, two police officers came by at around 3.20pm and left shortly afterwards.