Man behaves like hooligan, taunts driver after getting honked at for jaywalking in Bedok 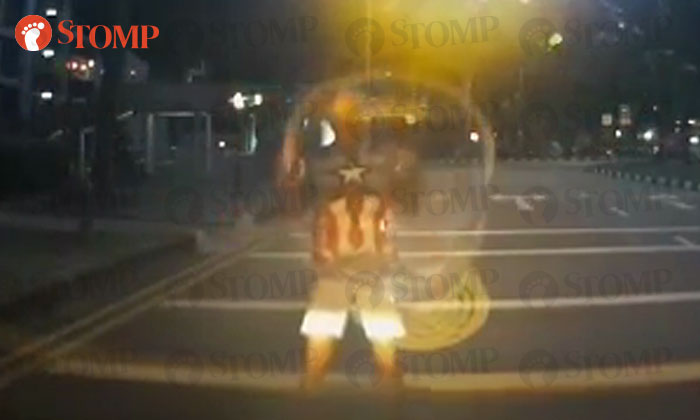 A man was recorded on camera taunting a driver who horned at him for jaywalking at Bedok Reservoir Road on Sep 1 at 7.15pm.

The driver, Stomper Khai, said in a telephone interview that he had been driving slowly prior to the incident as there were other jaywalkers in the area.

He then saw the man crossing the road with another individual.

In the video Khai recorded, they can be seen jaywalking, taking their time while doing so.

The Stomper had to stop his car to give way. He then horned at them once.

The man, whom Khai described as the 'Bedok Reservoir Gangster', then started to taunt him.

He pointed at himself with both hands in a confrontational stance.

He walked away shortly after, but came back in front of Khai's car almost immediately to continue with his taunts.

The duo left subsequently and the Stomper continued his journey.

Related Stories
Does paying $344 for MLTR concert give this man the right to shout at and bully usher?
Man takes own sweet time to cross road at red light, then gives driver the finger
Pedestrian at Collyer Quay shows driver middle finger after getting honked at
More About:
aggressive
Bedok
dispute
jaywalking
rude