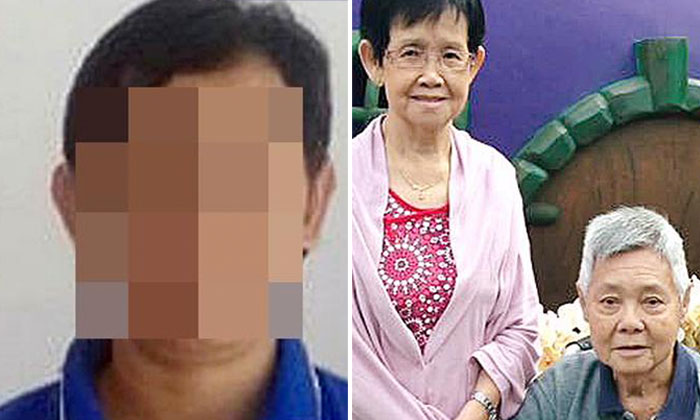 A domestic helper who worked for an elderly couple who were discovered dead in their Bedok Reservoir Road HDB unit on Wednesday (Jun 21), is suspected to have murdered the two.

It is believed that the suspect left Singapore on a ferry headed for Batam on the same day she committed the double murder, reports Shin Min Daily News via Lianhe Zaobao.

Stomper Gene had alerted Stomp to the incident, and also sent in photos of police cordoning off the vicinity at Block 717 Bedok Reservoir Road.

The suspect, after allegedly committing the murder, successfully retrieved her passport, packed up her belongings and fled while the couple’s son was on the way home.

After fleeing the scene, the suspect headed to HarbourFront Centre and purchased a ferry ticket to Batam.

The police also recovered three knives at the foot of Block 717, believed to be the murder weapons.

The case has been classified as murder and investigations are ongoing.

Anyone with information is requested to call the police hotline at 1800-255-0000 or submit information online at www.police.gov.sg/witness.