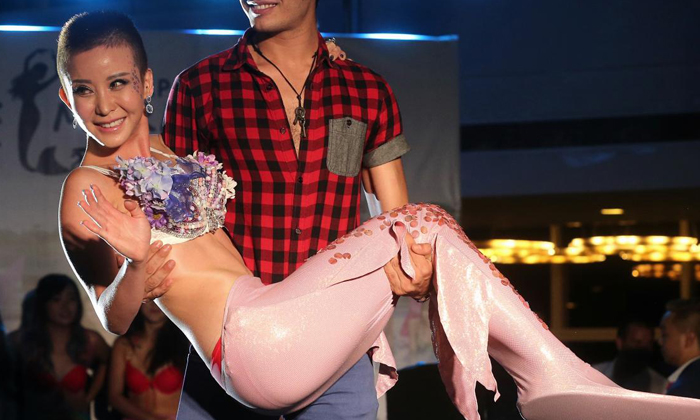 A 27-year-old beauty queen who dated two men, aged 32 and 54, at the same time received financial support from one of them, a married father.

Ms Audrey Chen Ying Fang, winner of the inaugural Miss Mermaid pageant in 2016, received a monthly salary of $2,000 -- along with Central Provident Fund contributions of about $900 a month -- from businessman Lim Hong Liang.

Shin Min Daily News likened her to a "ghost employee" as she did not report to work despite being hired as an "admin executive".

Ms Chen told the court on Tuesday (May 15) that she lived rent-free in an apartment at The Parc Condominium in West Coast Walk, with a maid and a dog.

Ms Chen was aware that the apartment was under the name of Lim and his ex-girlfriend, reported Shin Min.

However, she agreed to move in with Lim because the decor of the place was Hello Kitty-themed; her favourite character.

Lim, who owns SNL logistics, and mover Ong Hock Chye, 47, are on trial for alleged involvement in a conspiracy to cause grievous hurt to Ms Chen's other boyfriend, Mr Joshua Koh Kian Yong, on April 30, 2016.