Beautician and 'middlewoman' in dispute over $200 worth of goods, point fingers at each other 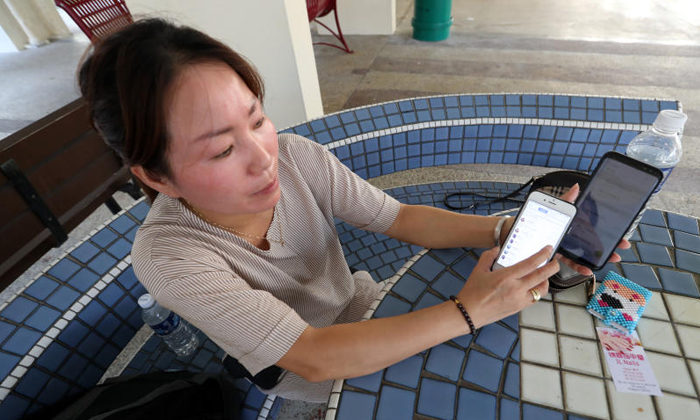 A beautician alleged that a woman did not pay her for $200 worth of beauty products and tarnished their brand name, only to be accused of running a business illegally from home.

According to Lianhe Wanbao, the beautician involved in the spat is 45-year-old Hu Changfeng.

She got to know the other party, Ms Liu, when dealing in beauty products at a stall below Block 761 Yishun Street 72 in July this year.

Ms Liu identified herself as a 'middleman', said Ms Hu.

Upon learning that Ms Hu had existing stocks available, Ms Liu reportedly expressed interest in getting the goods from her but asked to be put on credit.

Ms Hu also said her children study at the same primary school as Ms Liu's kids, and that the two often met.

However, their relationship took a turn for a worse earlier this month when Ms Liu went round a coffee shop in Ang Mo Kio to sell the pads.

She was said to have anyhow pasted the pads on customers there and asked them for money, reported Wanbao.

After hearing about this, Ms Hu was enraged and feared that Ms Liu was tarnishing the name of the beauty pads.

She therefore went to question Ms Liu, whom she said became impatient and turned nasty.

"I did not harass her at all, I'm the one who was harassed!" protested Ms Hu.

According to Ms Hu, Ms Liu has only paid her $50 to date and still owes $150, though she does not wish to pursue the matter further.

Whe interviewed, Ms Liu admitted to being the woman who pasted pads on people at the Ang Mo Kio coffee shop, but insisted that she did not force anyone to buy her products.

On the contrary, she claimed that Ms Hu was running a beauty and nail parlour from home.

Ms Liu also alleged that Ms Hu was operating an illegal business in her house, which she said was full of with boxes containing beauty products.

"She had even asked me over and recommended beauty products to me, telling me that I could make a profit from re-selling the items to other people."