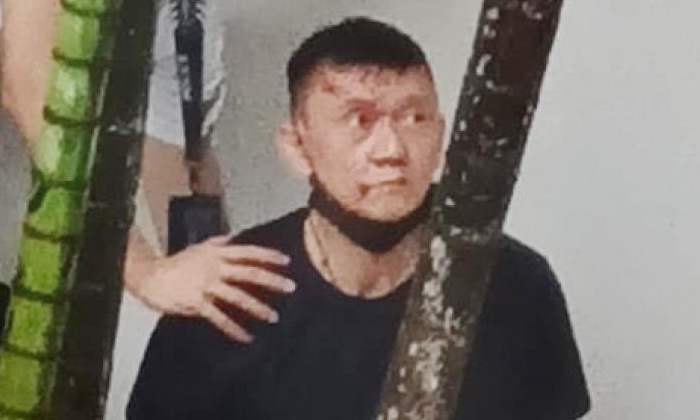 A 55-year-old man appeared in a district court on Tuesday (Sept 15) for allegedly killing another man in Beach Road on Sunday.

Chng Hock Choon was charged with one count of murder.

The Singaporean allegedly killed Mr Miskiman Maakip at a grass patch near Block 5 Beach Road at around 3pm that day.

Police said in a statement on Monday that they were alerted to the incident at around 3pm on Sunday.

Officers who arrived soon after found Mr Miskiman, 67, lying motionless at the scene.

He was taken to Tan Tock Seng Hospital and was pronounced dead later that day.

The victim's granddaughter, pre-school teacher Emillia Marlinda, 22, had earlier told The New Paper that she ran to her flat after seeing that somebody had collapsed on a nearby grass patch.

Her father then recognised the man as her grandfather and the pair rushed downstairs.

Ms Emillia told TNP: "(My family) cried when we saw him; we couldn't take it."

She added that her grandfather had lived with her and four other family members in the area for about 10 years.

She said: "He was a happy-go-lucky man and liked to roam around downstairs... We are still trying to accept his death."

A witness, who was not named, told Chinese-language newspaper Shin Min Daily News that he saw a man raining blows on another man on Sunday.

The witness said: "He was hitting the man's head and body, and after the man fell to the ground, he stopped moving.

Another witness, a 63-year-old cleaner, who was also not named in earlier news reports, said he was passing by when he spotted a man kneeling on the grass muttering to himself.

The cleaner decided to take a closer look and was shocked to see another man lying on the ground.

Chng, who appeared via videolink from Central Police Division, told the court on Tuesday: “That person stole my money.”

He did not elaborate whom he was referring to.

Chang will be remanded for psychiatric observation at Changi Prison Complex Medical Centre and will be back in court on Oct 6.