Batch of Prego pasta sauce recalled due to manufacturing error 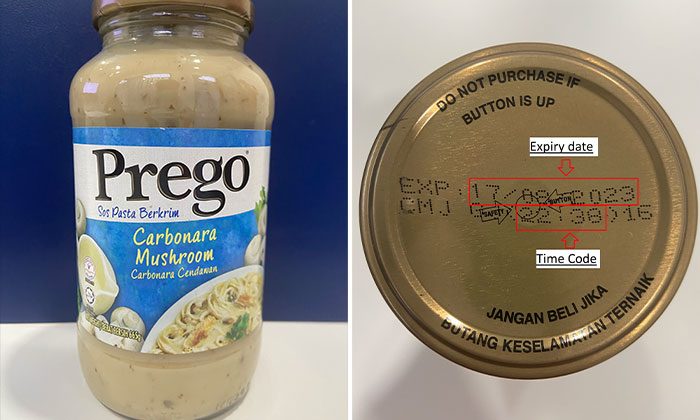 A batch of carbonara mushroom sauce from Prego has been recalled due to a manufacturing error after signs of spoilage were detected.

The Singapore Food Agency (SFA) said in a statement on Thursday (Dec 22) that they were informed of the spolage by The Arnott's Group.

The affected bottles were produced on Aug 17, 2022. Their expiry date of Aug 17, 2023 and production time stamp of between 10.18pm and 11.20pm can be found on the lid of the product which is imported by Campbell Soup Southeast Asia Sdn. Bhd.

"The affected batch may exhibit signs of spoilage which include unpleasant smell, unusual colour, watery appearance and separated layers of liquid," SFA said.

SFA has directed Campbell Soup Southeast Asia to recall the product and advised consumers not to consume any bottles which are affected.

Under the Sale of Food Act, foods that are known to be unsuitable for consumption should not be sold.

Those who have consumed such products and are unwell should seek medical attention.

SFA added that consumers may contact their point of purchase for enquiries.