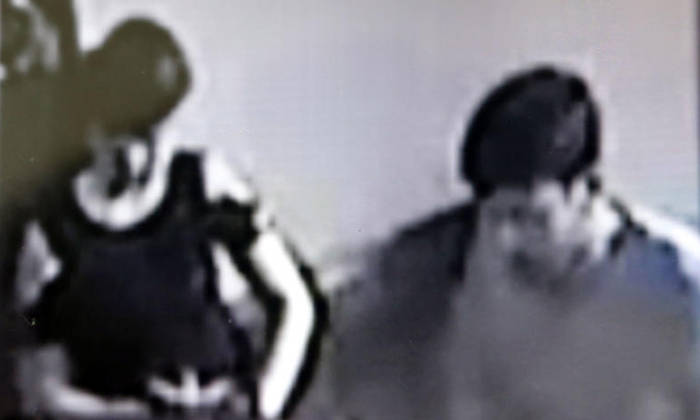 A Bangladeshi painter was sentenced to death on Monday (Dec 14) after he was found guilty of murdering his Indonesian girlfriend.

He killed her for refusing to leave a new man she was seeing.

Ahmed Salim, 31, had strangled domestic worker Nurhidayati Wartono Surata in a room at the Golden Dragon Hotel in Geylang on the evening of Dec 30, 2018.

On Monday, Judicial Commissioner Mavis Chionh convicted Ahmed of a charge of murder, which carries the mandatory death penalty.

Ahmed did not react as the judge gave him a death sentence.

The court had earlier heard that Ahmed and Ms Nurhidayati started a relationship in May 2012 after a chance encounter.

They later agreed to get married in December 2018, with Ahmed even putting a ring on her finger at a party  in 2017.

Ahmed confronted Ms Nurhidayati after suspecting that she was cheating on him, and she admitted to dating another man.

He subsequently asked his mother to help him look for a wife. She found one and arrangements were made for his wedding to take place in February 2019.

But a few months later, Ahmed and Ms Nurhidayati reconciled and resumed dating each other.

However, they quarrelled over her infidelity and on one occasion, while they were in a hotel room, Ahmed pressed a towel over her mouth. He let go after she started struggling.

She later told Mr Hanifa that she was in a relationship with Ahmed and promised that she would make a clean break with the painter.

On Dec 9, 2018, Ms Nurhidayati told Ahmed that she had a new boyfriend and that he should return to Bangladesh for his arranged marriage.

While she told him during a meeting on Dec 23 that year that she would continue seeing him, she later broke up with him over a phone call.

Ahmed convinced her to meet him again seven days later and they had sex at a hotel.

Deputy Public Prosecutor Hay Hung Chun told the court earlier that Ahmed repeatedly threatened to kill Ms Nurhidayati if she did not end her relationship with Mr Hanifa.

"When the deceased refused, the accused brutally strangled her with a towel around her neck," said the DPP.

DPP Hay had said Ahmed rounded the towel around Ms Nurhidayati's neck, pushed her onto the bed, and stepped on one end of the towel while he pulled at the other end.

After blood flowed from her ear, he pulled even harder until she became motionless, added the DPP.

Ahmed then wound a rope - which he had brought along with him - around Ms Nurhidayati's neck several times and tightened it with a few knots.

"He twisted her head from left to right for good measure," said DPP Hay.

Ahmed returned to his dormitory at Sungei Tengah Lodge, where he handed about $1,000 to his colleague and roommate Khalik Md Abdul.

He told Mr Khalik to remit the money to his family in Bangladesh, and that he had killed somebody.

Ms Nurhidayati's body was found at about 10.15pm that day by a hotel receptionist.

Breaking down in tears multiple times during his testimony in court earlier, Ahmed had said he had been angry with the woman for repeatedly cheating on him but that he loved her and had been able to let it go.

On Monday, Ms Chionh found that Ahmed had decided to kill Ms Nurhidayati even before Dec 30, 2018, so long as she refused to leave her new boyfriend and get back with him.

This was borne out in his actions, such as bringing a rope to the hotel and clearing out his bank account earlier on the day of the murder, among other things.

The judge also noted the statements Ahmed made to the police in which he admitted he had decided to kill her.

He had told the police that he had used a rope because it was easy to keep in his pocket, whereas it is prohibited to carry sharp weapons such as knives in public.

Ms Chionh rejected the defence’s argument that Ahmed had been provoked by Ms Nurhidayati, who allegedly told him the other man was better than him financially and in bed.

She found that the woman had not said that to him, pointing out that he had mentioned the incident only one and a half years after the murder.

The judge also did not accept the defence’s contention that Ahmed’s mental responsibility for the killing was reduced due to his adjustment disorder.

His decision-making ability and his ability to exercise self-control were not impaired, she said.

“On the contrary, as I have noted, his actions before, during and after the killing demonstrated premeditation, cogent planning and methodical execution,” Ms Chionh added.

She also rejected Ahmed’s allegation that he was suicidal at that time.

His lawyers - Eugene Thuraisingam, Chooi Jing Yen and Hamza Malik - said that their client is intending to appeal the court’s decision.