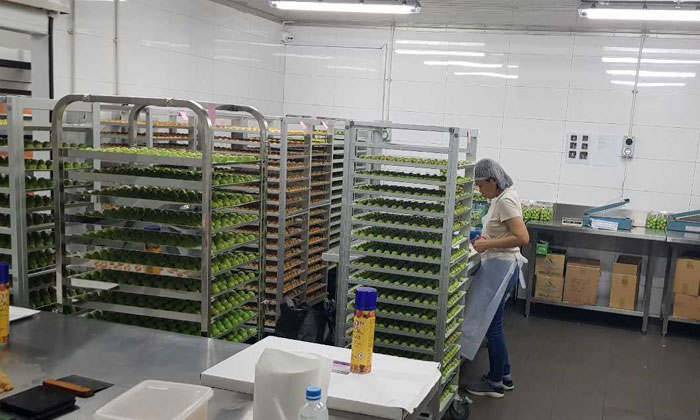 Baker's Brew Studio was fined $1,000 on Wednesday (Apr 11) for operating a food establishment without a licence, the Singapore Food Agency (AFA) said in a statement.

During a regular inspection of food establishments at 8A Admiralty Street on Jan 11, an Agri-Food and Veterinary Authority of Singapore (AVA) officer noticed activities in a unit which was not licenced to produce food intended for sale.

Confectionery items including "pineapple bak kwa" cookies and "ondeh ondeh" cookies were found to be manufactured at the premises for sale at their three retail outlets.

All food manufacturing activities in the unit were stopped immediately and food equipment was sealed to prevent further usage.

It added that all finished food products, semi-processed food items, as well as raw materials that had been opened were disposed of.

"The operator was also instructed to retrieve the food products that were produced at the implicated premises from their outlets for disposal," the statement said.

"Our investigation found that Baker’s Brew Studio Pte Ltd had knowingly used the unlicensed premises to produce baked tarts for the Lunar New Year, as they did not apply for the licence in time."

The SFA said it takes a serious view on food establishments that do not adhere to regulations or comply with food safety requirements.

All food establishments that operate and process food for sale to wholesalers and retail food businesses must be licenced by SFA.

Offenders may be fined up to S$5,000 if convicted.

Repeat offenders may be fined up to $10,000, jailed up to three months, or both.