Bags of human waste thrown from Fernvale block every day 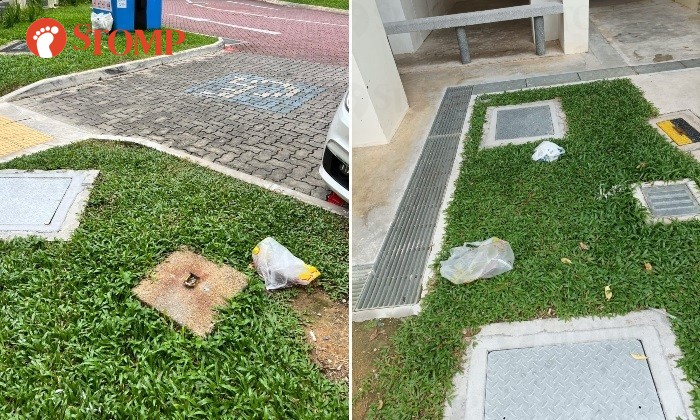 You have heard of killer litter. This is another level.

Someone has been throwing bags of human waste at Block 471C Fernvale Street.

According to Stomper Adriel, this has been happening every day for months.

There is even a TikTok video documenting a few occurrences, starting from May 5.

The TikTokker commented: "These photos are just some of the many occasions the inconsiderate resident had inappropriately disposed of his/her faeces."

Sharing the photos with Stomp, Adriel said that the latest incident was on Tuesday (July 5). This time, it was two bags, one filled with poop and the other with urine.

He told Stomp that the Ang Mo Kio Town Council, the National Environment Agency (NEA) and the police have been informed.

The Stomper said: "NEA replied last month. They stated that only two members of the public reported the case through OneService app. They need more in order to log the case. So when the next case happens, the residents will gather together and log another case through the OneService app.

"This time around, we decided to approach Stomp. And hopefully, through the media, we can put a stop to this inconsiderate action."

In response to a Stomp query, Ang Mo Kio Town Council said it received two feedback regarding the high-rise littering from the block on May 20 and June 26.

It added: "We had referred both incidents to NEA for their assistance. At the same time, we have been liaising closely with NEA and had put up notices to remind residents of the risks that high-rise littering posed to public health and safety."