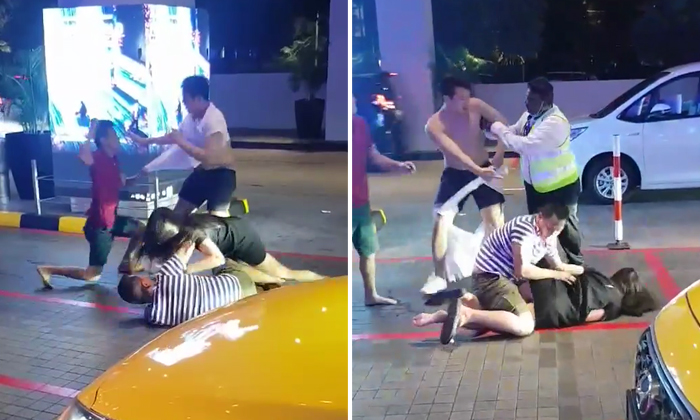 Facebook user Mitch Manuel, who posted a video of the incident, told Stomp that it occurred at around 2am on Saturday (Feb 22).

She said: "I heard that someone cut the taxi queue but I'm not sure who exactly."

In the video which has been viewed over 780,000 times and garnered more than 13,000 shares, two men can be seen exchanging blows.

During the tussle, the man wearing a striped shirt flips his opponent, who is in a white shirt, over his back.

Meanwhile, a woman appears to be holding back a man who is clad a red shirt. However, he kicks the man in the white shirt and joins the altercation.

The man in the white top gets his shirt so torn during the fight that it falls off his body.

A security officer eventually steps in and breaks up the fight, though the man in the striped shirt and the now topless guy continue to point fingers at each other.

However, the dispute takes a strange twist when the two men then fist-bump each other, leading someone in the background to ask: "Are they really fighting?"

Netizens have left comments ranging from curiosity to amusement in response to the video.

Some shared screenshots of notable moments: 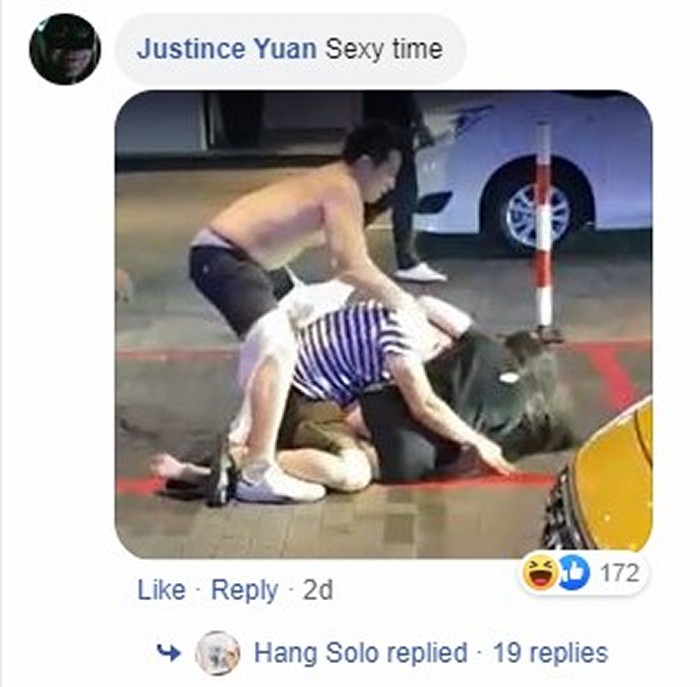 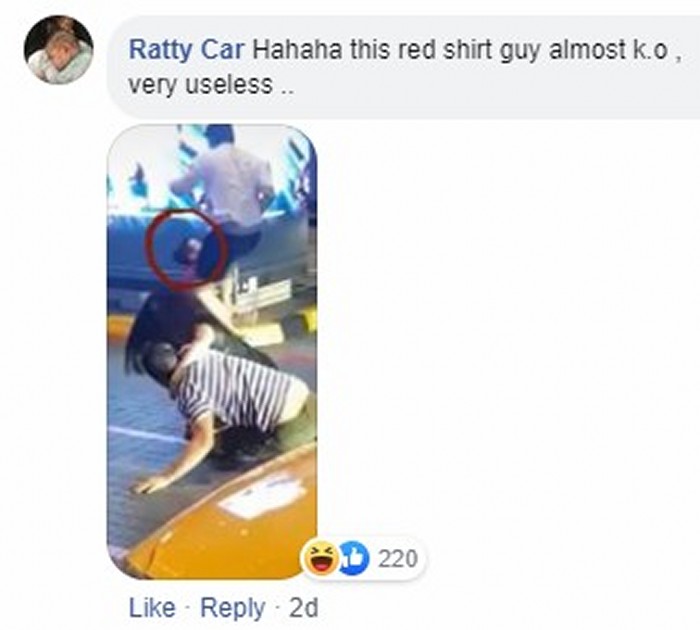 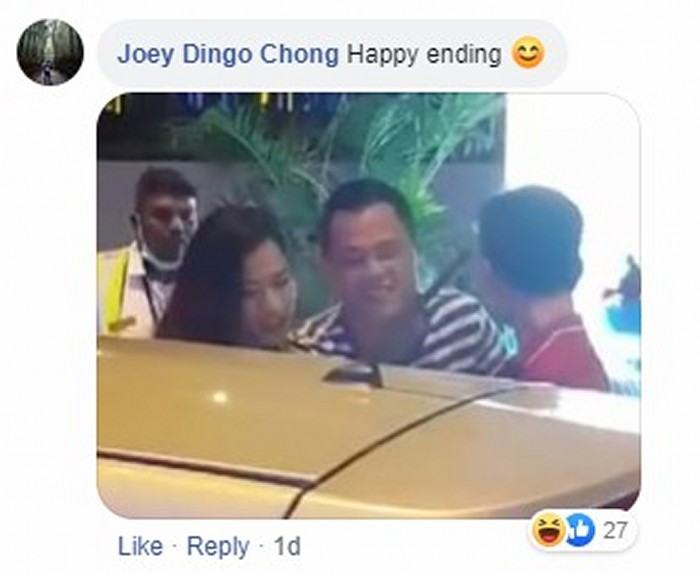 A few focused their attention on a bystander at the scene: 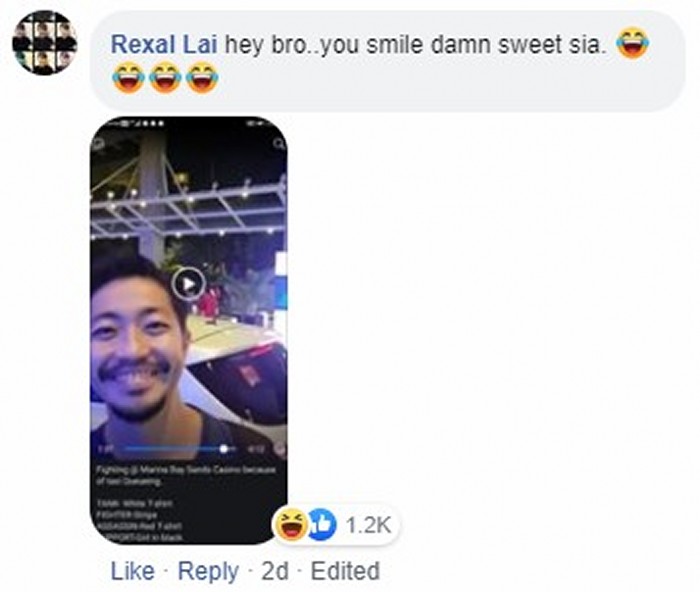 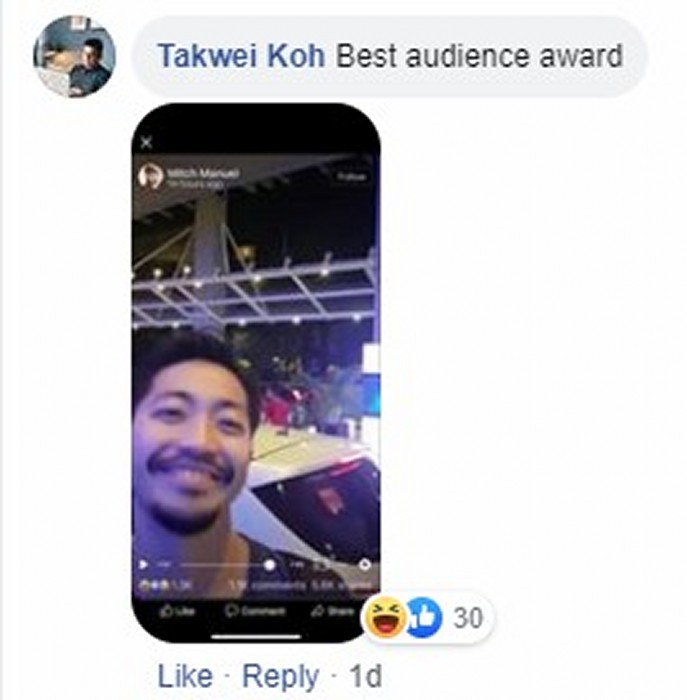 And one asked the all-important question: 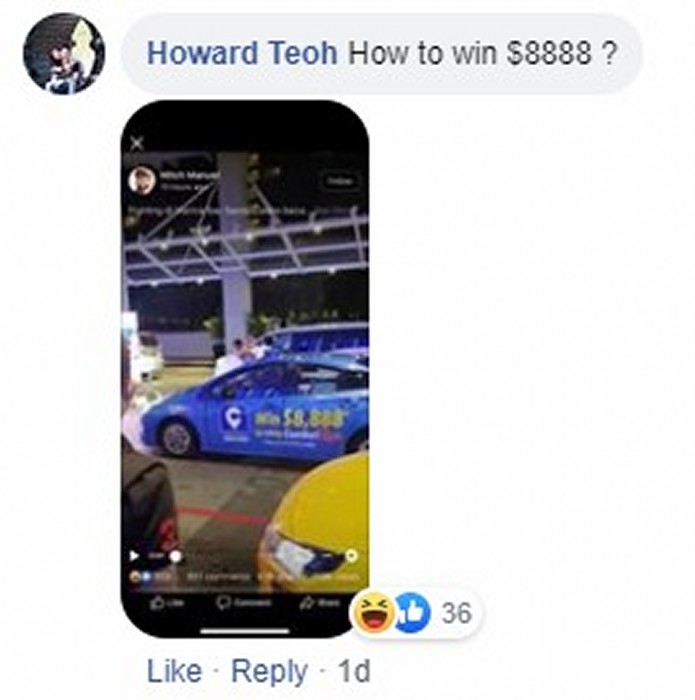