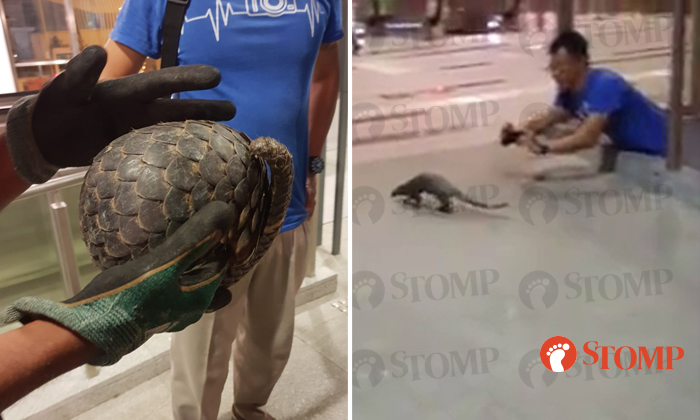 A baby Sunda pangolin was rescued near Hillview MRT station on late Saturday night (Oct 27) after being seen spotted trying to cross a road.

A member of the public had kept the pangolin safe by preventing it from crossing the road until staff from the Animal Concerns Research and Education Society (Acres) arrived.

Stomper TJ shared a video of the incident in Stomp's Facebook group and joked that the pangolin was "trying to catch last train".

The video shows the little creature walking along a pavement and into the MRT station while several onlookers watched.

TJ said: "Soon after, members of Acres' rescue team arrived to give it a free lift home!"

Responding to a Stomp query, Acres' deputy chief executive officer, Mr Kalai Vanan, said the wildlife rescue team received a call about the pangolin trying to cross the road near the station at close to midnight.

He told Stomp: "We went down to find that the juvenile pangolin had slowly made its way to the MRT station entrance." 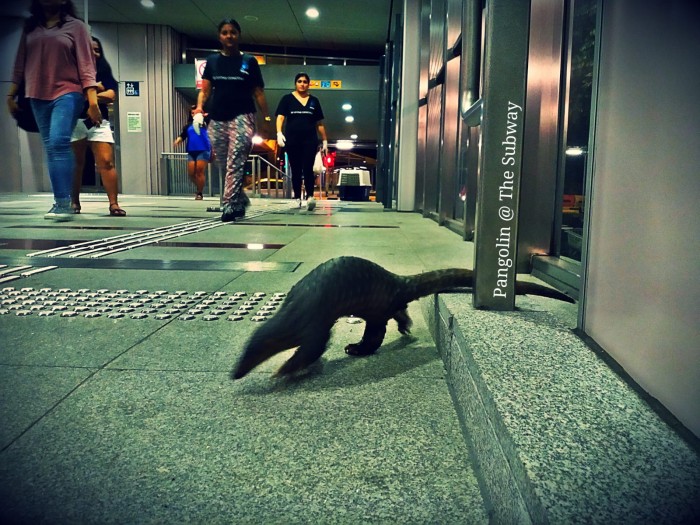 The pangolin was rescued and kept safe for the night, said Mr Kalai.

It was transferred to Wildlife Reserves Singapore the following day, where he will be microchipped and released.

Mr Kalai added: "We are thankful for the alert and proactive member of public who spotted the pangolin and tried her best to prevent the animal from crossing the road while we made our way down.

"Sunda pangolins, who are very endangered globally, are yet another testament to the rich biodiversity that our small island is home to.

"We have to do everything we can to ensure that these wild animals regardless of species are protected and we learn to co-exist with them."

Related Stories
Macaque at MacRitchie had collar on neck to track its movements, has been rescued: Acres
Rare to spot a pangolin -- and even more unusual seeing 1 with baby hitching ride on its tail
How did this pangolin end up dead on grass patch along Mandai Road?
More About:
animals
pangolins
pangolin