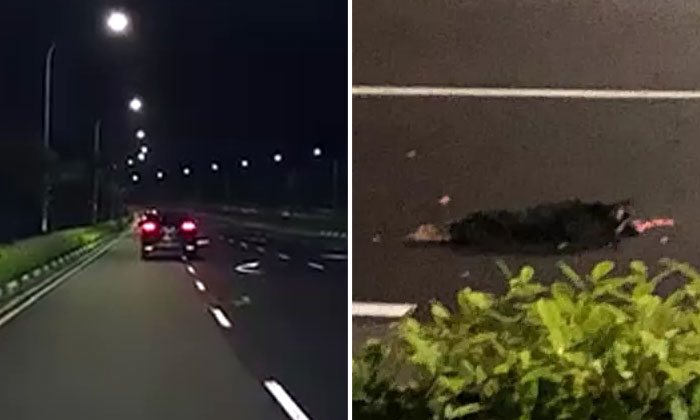 The Animal and Veterinary Service (AVS) told Stomp it is investigating an incident where a dog was allegedly thrown out of a moving vehicle along Lorong Halus.

A Stomper alerted Stomp to a video of the incident that was posted on Singapore Uncensored.

According to the timestamp on the video, the incident happened on Dec 15 at about 7.55pm.

In the video, something is seen being tossed from the moving car.

In an accompanying photo, a dog appears to be lying on the road. 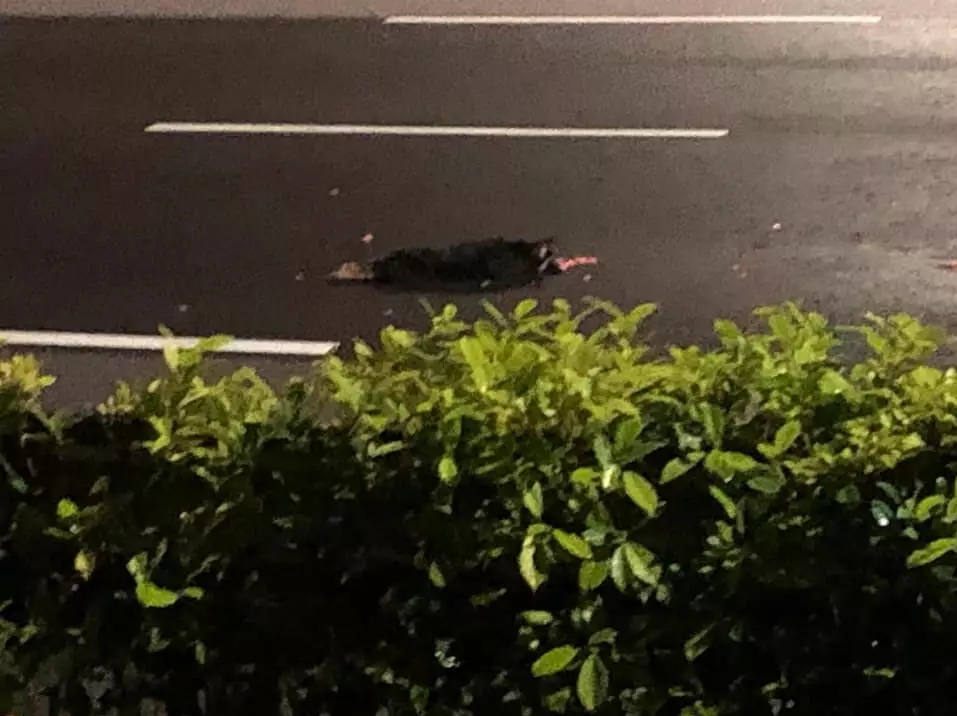 "The Animal & Veterinary Service (AVS), a cluster of the National Parks Board (NParks), takes all feedback received from the public on animal cruelty seriously and will look into the cases reported.

"We were concerned when alerted to the incident along Lorong Halus, and are investigating.

"We are in contact with the feedback provider to get more information.

"Members of the public who have information on this case (e.g. witnesses, other photographic and/or video-graphic evidence, etc) can contact AVS at 1800-476-1600.

"Information shared with AVS will be kept strictly confidential.

"While AVS continues to ensure that the necessary enforcement action is taken and raise awareness on animal welfare, members of the public can play a part by promptly reporting suspected cases of animal cruelty to AVS via our website at www.avs.gov.sg/feedback or call us at the above number.

"As with all investigations, all forms of evidence are critical to the process, and all evidence provided by the public will help."

First-time offenders who abuse an animal may be fined up to $15,000, jailed up to 18 months, or both, under the Animals and Birds Act.

Related Stories
Yishun resident hangs mynah from laundry pole to teach it a lesson: NParks investigating
Tampines Town Council apologises for the way it handled relocation of cat that was placed in bin centre
Man apologises, turns himself in after posting video of him hitting dog and burning its fur
More About:
AVS
dog
animal abuse
animal cruelty