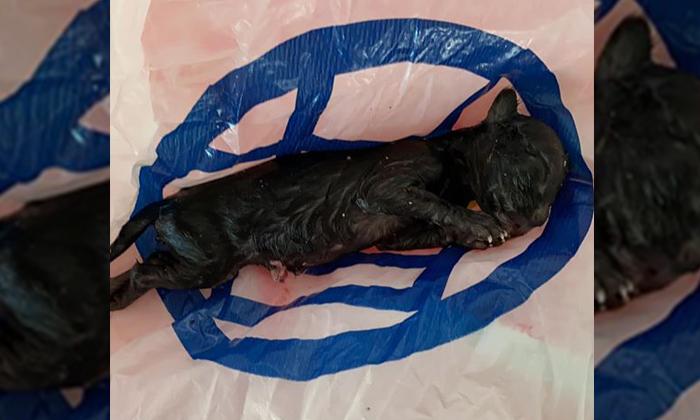 The Animal & Veterinary Service (AVS) is investigating a case in which a newborn kitten died after allegedly falling from a parapet at Block 782B Woodlands Crescent.

Stomper Nur had earlier alerted Stomp to the incident that occurred on May 24.

According to Nur, the kitten's mother had given birth on an air-conditioner ledge. The newborn feline had apparently been stumbling around but fell to the ground and died.

The Society for the Prevention of Cruelty to Animals (SPCA) confirmed that it was alerted to the case and said investigations are ongoing.

Ms Jessica Kwok, group director of AVS at the National Parks Board (NParks), also told Stomp that it is investigating the case.

Ms Kwok said in a statement on Saturday (May 30): "AVS, a cluster of NParks, takes all feedback received from the public on animal welfare seriously, and will look into the cases reported.

"We were concerned when alerted to the death of a newborn kitten, which allegedly fell from a parapet at Block 782B Woodlands Crescent, and are investigating the case.

"As with all investigations, all forms of evidence are critical to the process, and photographic and/or video-graphic evidence provided by the public will help.

"Members of the public who have more information on this case can contact AVS at 1800-476-1600. Information shared with AVS will be kept strictly confidential.

"While we look into the matter, we urge the public to refrain from speculation as not all animal deaths are related to cruelty."

Cats are curious and energetic creatures, shared Ms Kwok in an advisory.

"Cat owners, who stay in high-rise apartments, should put in measures, such as covering their windows and gates with mesh, so as to keep their cats safely at home," she added.

"This helps to prevent falls from height which often result in serious injury or death."