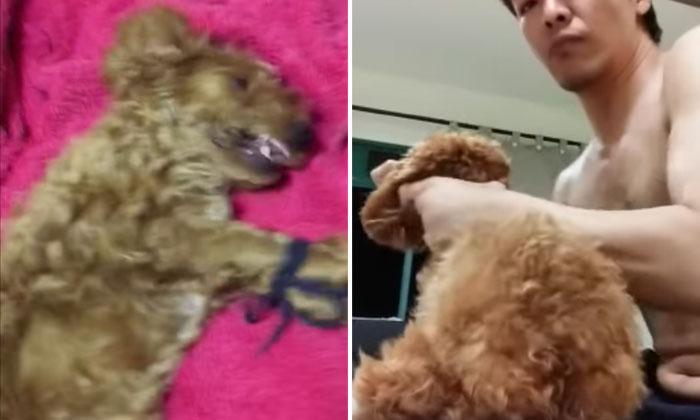 The Animal and Veterinary Service (AVS), a cluster of the National Parks Board (NParks) is investigating an alleged case of animal abuse after videos of a man repeatedly punching a poodle started circulating online.

Stomp earlier reported that the Society for the Prevention of Cruelty to Animals (SPCA) said the authorities had visited the suspected animal abuser's home after they were alerted to videos.

The man was seen hitting the dog in a few videos where the poodle had its muzzle and limbs tied up.

"The Animal and Veterinary Service (AVS), a cluster of the National Parks Board (NParks), is investigating the alleged case of animal mistreatment this morning.

"AVS officers have identified the man in the videos.

"Preliminary investigations reveal that the videos were filmed a few years ago.

"Our officers have also located the dog, which has been adopted by another person after the videos were filmed.

"The dog is in good physical condition and is well taken care of by its current owner.

"As investigations are ongoing, we ask the public to allow it to run its proper course.

"We thank the public for their concern over the dog’s safety."