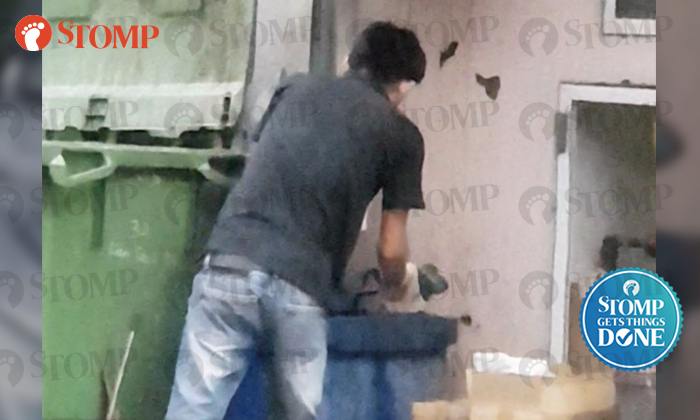 The Agri-Food & Veterinary Authority of Singapore (AVA) is investigating feedback on the alleged inhumane slaughtering of frogs at a hotpot restaurant in Bugis after Stomp published videos of the incident.

In a Stomp report on Oct 25, Stomper Concerned Citizen shared how he had seen an employee from Kuan Kuan Spicy Hotpot & Nourishing Soup 'gutting' live frogs in public on three separate occasions.

The Stomper also contributed videos that he filmed in an alley along Liang Seah Street on Sep 4 and Oct 19, showing the employee slaughtering the frogs over a garbage bin.

Concerned Citizen expressed concerns over food hygiene and animal cruelty, which a manager at the restaurant acknowledged when contacted by Stomp.

Stomp had also reached out to the relevant authorities and shared Concerned Citizen's videos with them.

In response to queries by Stomp, the AVA said it has received feedback on the alleged inhumane slaughtering of frogs and is investigating it.

The agency told Stomp in a statement on Wednesday (Nov 7): "Frogs, being prepared for food, need to be rendered unconscious, before they are swiftly killed. This is to ensure that they do not go through undue suffering.

"There is currently no international guideline on the humane slaughter of frogs for consumption."

Watch the videos below or read the original story here.