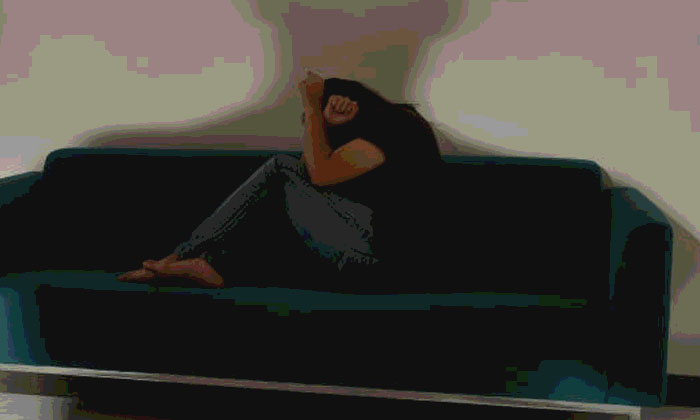 The woman was bound and blindfolded during bondage sex when she found out that a male stranger was taking part in their tryst.

According to The Straits Times, it had happened once before, with her oblivious to what was going on.

The 27-year-old boyfriend, an auxiliary police officer, was sentenced to 23 years and 11 months in jail and given 24 strokes of the cane on Nov 26.

To protect the woman's identity, the man cannot be named.

The couple of two years started dating in November 2014, the High Court heard, and the woman allowed herself to be physically bound during sex after he cajoled her to try new things.

When he insisted on recording videos of her sexual encounters, she also relented.

The accused contacted Srihari Mahendran, whom he had met online in 2015, and told him about his sexual fantasy of watching another man having sex with his girlfriend.

In the first incident, on the night of April 29, 2016, the accused tied the woman's hands and blindfolded her in a hotel room.

She thought it was part of their usual soft-bondage play.

The accused then let Srihari into the room.

After the accused had sex with the woman, he gestured for Srihari to take over.

In the second incident, the woman had arranged for a staycation at a hotel in August 2016 to celebrate the accused's birthday.

In the early hours of Aug 7 that year, while the victim was sleeping, the accused went to the hotel lobby and took Srihari to the room.

The accused then tied the woman's hands and blindfolded her.

She realised that something was amiss.

Someone was holding her waist and having sex with her, but at the same time, her blindfold was being adjusted.

She removed her blindfold and was shocked that there was another person in the room.

She realised her boyfriend had recorded the incident on his laptop.

She told the accused after watching the videos of Srihari having sex with her: "This is clearly rape, do you know what you have done?"

He begged her not to call the police.

She demanded that he call Srihari back to the hotel, as he had already left.

At the lobby of the hotel, the victim told the receptionist that she could have been raped.

Srihari was detained by hotel staff after the victim identified him as the rapist.

While this was happening, the accused was in the room deleting the videos.

Both the accused and Srihari were later arrested by the police at the hotel.

Fifty-four other charges, including unrelated offences for making obscene films and insulting the modesty of two other women, were taken into consideration.

The trial for Srihari is scheduled for next January.

Mr Mohamed Baiross, the accused's lawyer, said his client was willing to testify as a prosecution witness.

Eunice Lau, the Deputy Public Prosecutor said he "selfishly prioritised his sexual gratification at the victim's expense, and flagrantly breached the trust she had reposed in him".