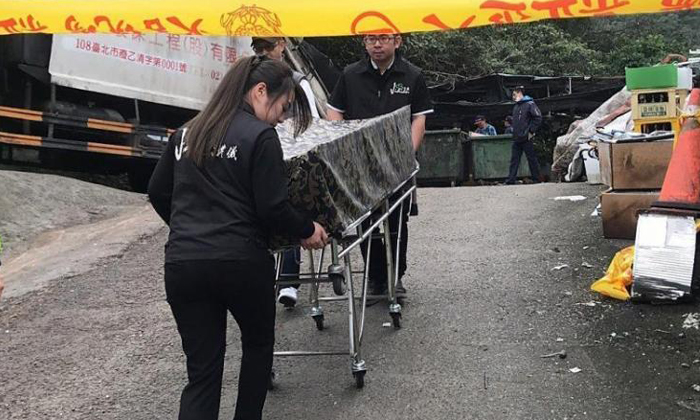 An hour-long autopsy to determine the time and cause of death of the baby girl, allegedly dumped in Taiwan by a Singapore couple, was completed yesterday morning.

Taiwanese media reported this yesterday and said it may be weeks before the result is made public.

Ms Chen Jia-xiu, a spokesman for the Taipei District Prosecutors Office, told China Times the case is still at the evidence-gathering stage, so the autopsy result cannot be disclosed now.

When and how the baby died will be critical in deciding which charges the suspected couple are likely to face.

Central News Agency reported on Monday that if the baby had died after birth, the perpetrators could be looking at homicide and causing death by negligence, in addition to the charge of abandoning a corpse.

Apple Daily reported that a crucial part of the autopsy was finding out if the baby had taken her first breath after birth.

A medical examiner, who declined to be named, told the newspaper that this would determine if the baby met the legal definition of being a "person" under Taiwanese law.

The standard is to check if gas had passed through the baby's lungs.

The medical examiner said if the baby's lungs float on water, that means she had taken a breath before she died. Besides this preliminary test, a section of the lungs will also typically be examined to check if they had expanded.

The couple under investigation, a 24-year-old woman and her 23-year-old boyfriend, arrived in Taipei on Feb 19 and checked into a hotel in Ximending where police suspect she gave birth.

A man believed to be the boyfriend was caught on camera walking towards a nearby restaurant with a black plastic bag, believed to contain the baby, at about 3.50am on Feb 26, where she was allegedly dumped into a food waste bin.

The bag was transported by a garbage truck to a recycling plant in Xindian, some 10km away, where the body was discovered.

The couple flew back to Singapore later in the afternoon.

During their investigations, police found bloodstains, hair and a small piece of placenta in the bathroom drain of the Ximending hotel room the couple had stayed in.

Taiwan police confirmed on Monday that the blood samples matched the DNA of the abandoned newborn.