Auntie 'protects' cyclist riding in middle of the road, nearly hits jaywalker instead 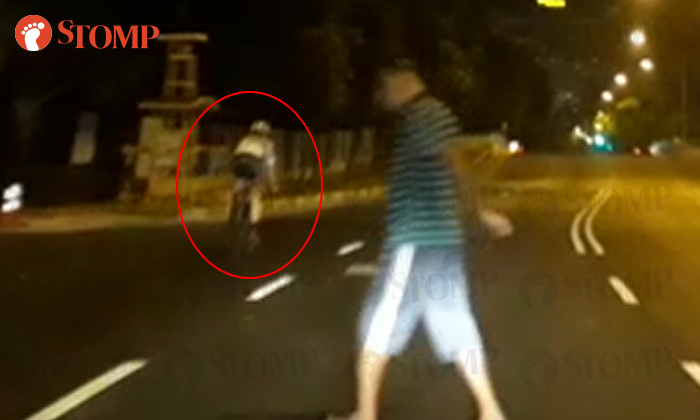 A female driver made it her mission to protect a cyclist whom she saw was riding in the middle of the road, though not everything went to plan.

Stomper Anonymous shared with Stomp a video of what happened, though it is unclear when and where exactly the incident occurred.

In the video, the woman and her male companion can be heard expressing their disapproval over a cyclist who was riding in the middle of the road.

The woman then said she would tail the cyclist to "protect" him with her car and be his security guard.

"He should thank me," the woman quipped, drawing a chuckle from her friend.

However, her noble plan was foiled when a jaywalker suddenly appeared and she had to stop her car to avoid hitting him.

The woman is heard exclaiming in shock and saying, "Crazy!"

Related Stories
First, there were e-scooters...now there are people cycling in tunnels
Driver jams on brakes to avoid hitting cyclist after she cuts in front of car -- then gets berated by her
Dear cyclists, why hog the middle lane when the left lane is empty?
More About:
funny
dangerous
cyclist