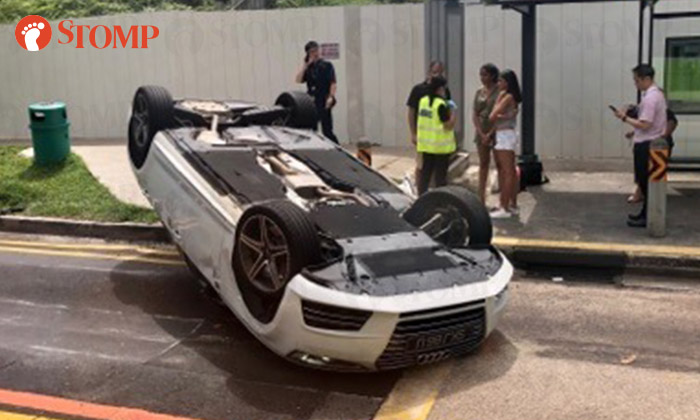 An Audi car turned turtle after an accident involving another car occurred along Orchard Boulevard on Tuesday afternoon (Dec 24).

"I took the photo at 2pm when I was on a bus that was passing by and saw this overturned car.

"There were paramedics and police officers at the scene, that's all I saw.

"Half of the bus stop there was closed off.

"People were standing at the front half of the bus stop."

In response to a Stomp query, the police said: "At 1.34pm on Dec 24, the police were alerted to an accident involving two cars along Orchard Boulevard.

"One of the car drivers, a 34-year-old woman, was conscious when conveyed to Tan Tock Seng Hospital.