Audi goes up in flames along PIE 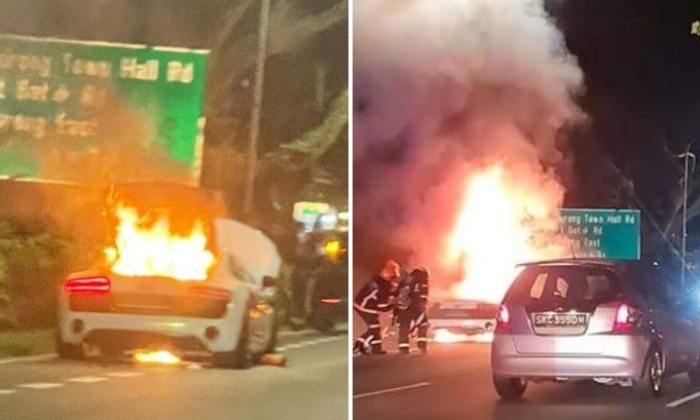 An Audi car went up in flames along the Pan Island Expressway (PIE) towards Tuas before Jurong Town Hall exit on Wednesday (Jan 6).

In response to a Stomp query, the Singapore Civil Defence Force (SCDF) said they were alerted to the fire at about 9.55pm. 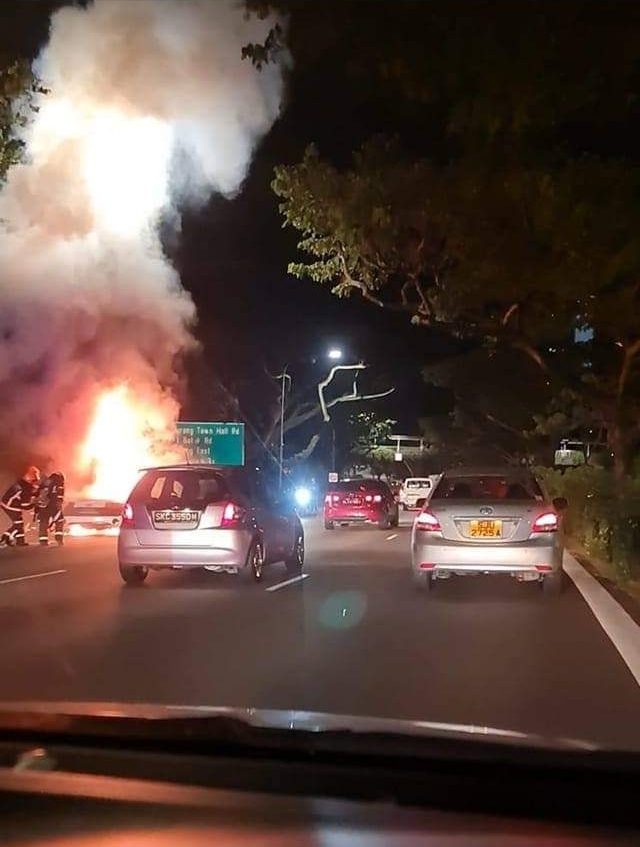 According to the Facebook caption, the exact model of the car is said to be an Audi R8. 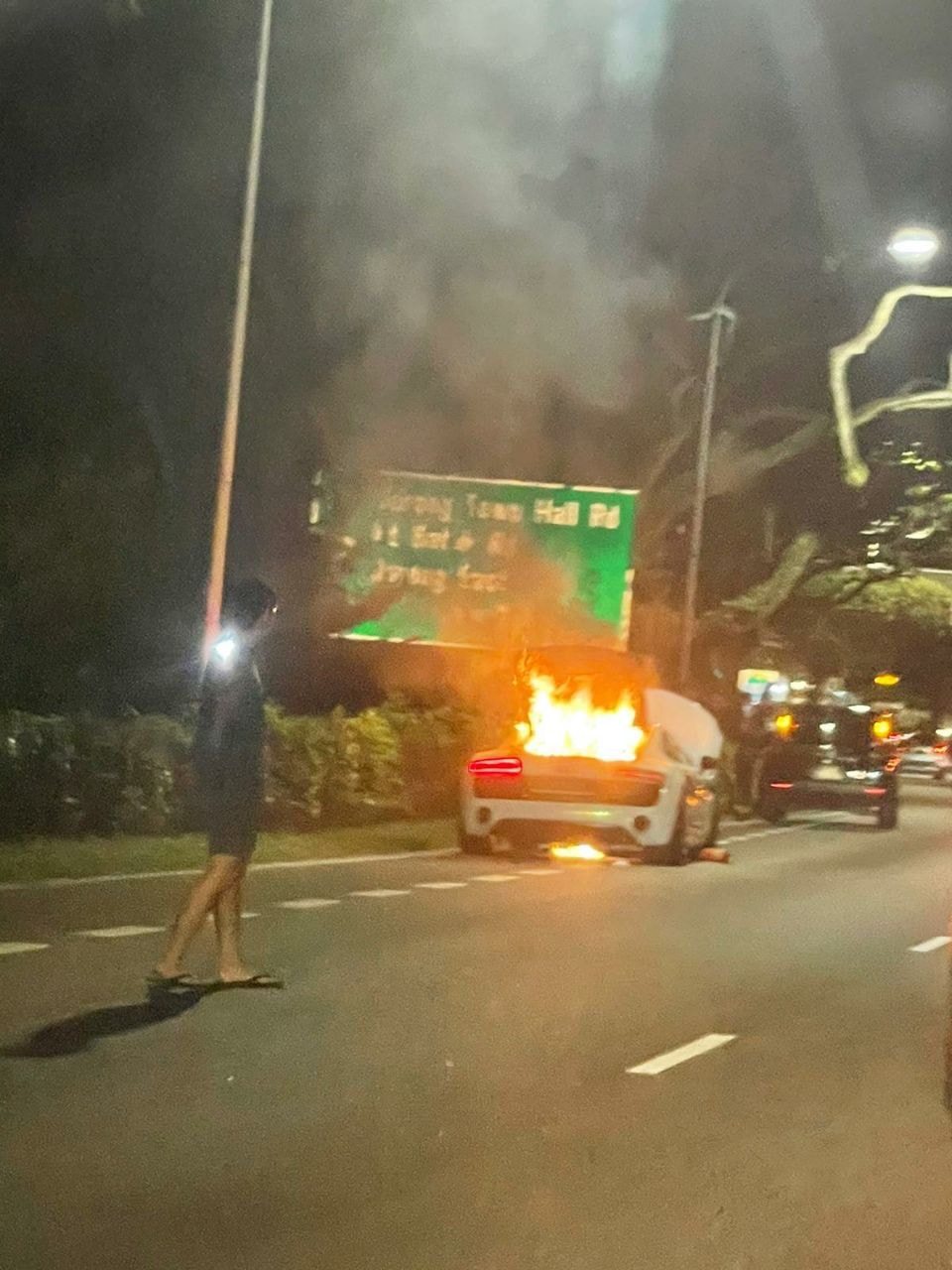 Another photo shows a man standing at a distance from the car and holding a flashlight as the car goes up in flames.

A circulated video of the incident was also posted on Complaint Singapore's YouTube page, which appears to be taken from the passenger seat of a car passing by.

In the video, another man is seen waving a flashlight to warn oncoming cars of the fire ahead as the video pans to the car that is engulfed in flames.