Audi driver gets multiple notes about parking fail, replies to motorist who said "I will Stomp you!" 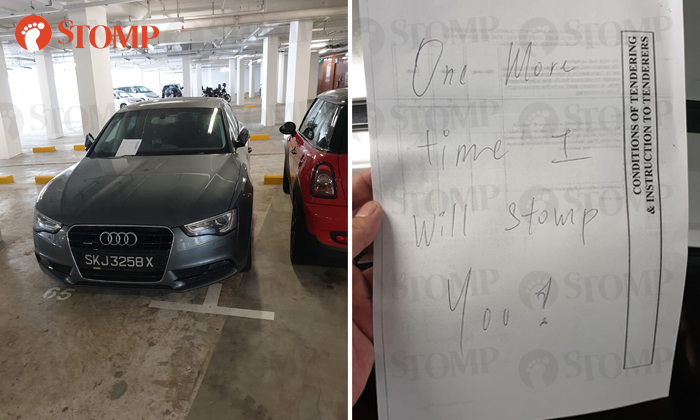 An Audi driver continued with his inconsiderate parking at The Inflora condominium's capark despite repeated reminders to correct his ways.

Stomper Anon said he had left multiple notes on the Audi, but its driver continued parking out of its lot and inconveniencing other motorists.

Last Monday (Oct 15), Anon left a note on the Audi after seeing it parked out of its lot again. 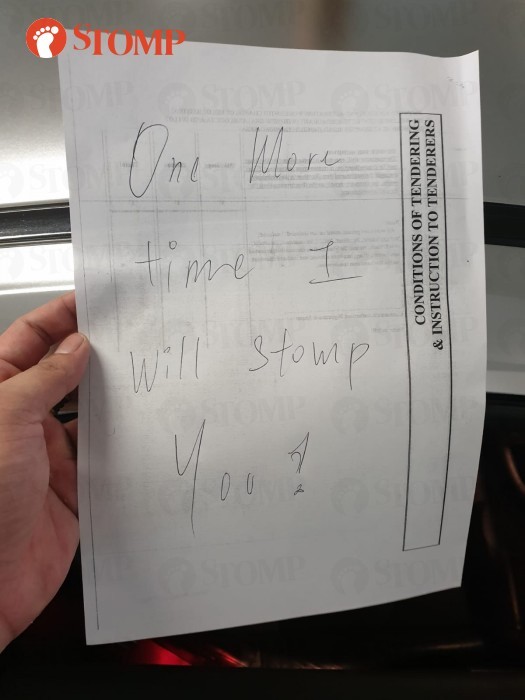 "One more time I will Stomp you!"

However, instead of seeing the error of his ways, Anon said that the Audi driver wrote a reply on the note itself. 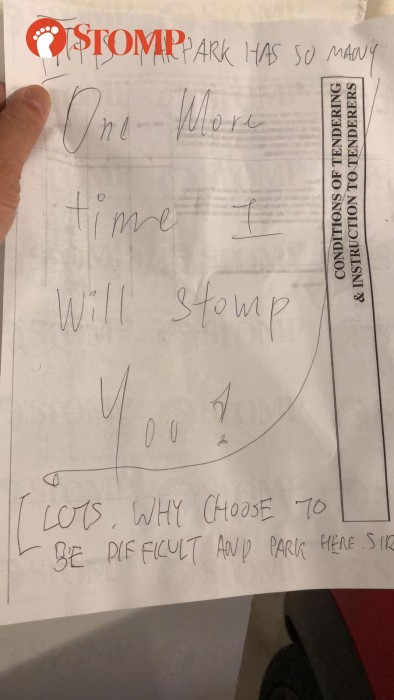 "This carpark has so many lots. Why choose to be difficult and park here, sir?"

Anon told Stomp: "The note was found on my friend's car, which was next to the Audi, sometime on Tuesday or Wednesday.

"As my friend drives a Mini Cooper, it was small enough to enter and park in the lot next to the Audi.

"What makes an Audi so special to need two parking lots? The driver still had the cheek to ask why don't we park at other lots."

Related Stories
Driver who got "karma is a bitch" note after parking at family lot says: "Don't judge what you see"
Kopitiam poster to stop KFC customers from taking straws: "It could have been handled more diplomatically"
Sengkang resident who left vulgar note about "stupid drumming" gets free English lesson
More About:
parking
parking fail
note
inconsiderate