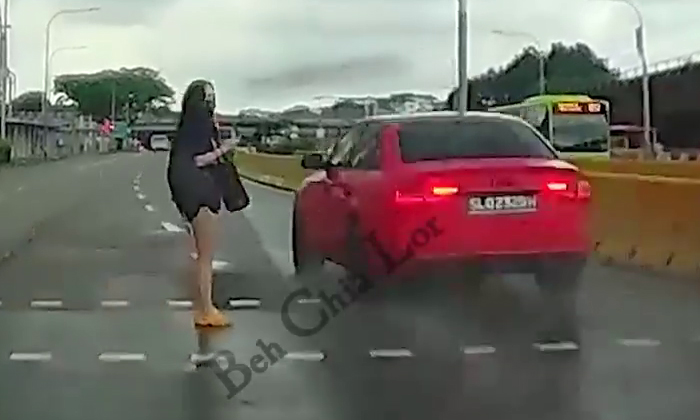 An Audi driver who was caught on camera beating the red light and narrowly missing a pedestrian has been arrested.

In a news release on Wednesday (Jan 5), the police said they have arrested a 34-year-old man for his suspected involvement in a case of dangerous driving.

A video of the incident that occurred along Lentor Avenue on December 30 sparked backlash after it was posted on Facebook.

The police said they were alerted to the video at around 3.30pm on the same day, of a car that had "purportedly failed to comply with the red-light signal at a pedestrian crossing along Lentor Avenue and almost collided into a pedestrian who was crossing the road at the time".

Following investigations, officers from the Traffic Police established the driver's identity and arrested him on Tuesday for the offence of dangerous driving.

"The driver has since been issued with an immediate suspension of his driving licence.

The police added: "All motorists are reminded to abide by all traffic rules to keep the roads safe for everyone.

"The traffic police will not hesitate to take firm action against motorists who choose to flout traffic laws and endanger the safety of other road users."