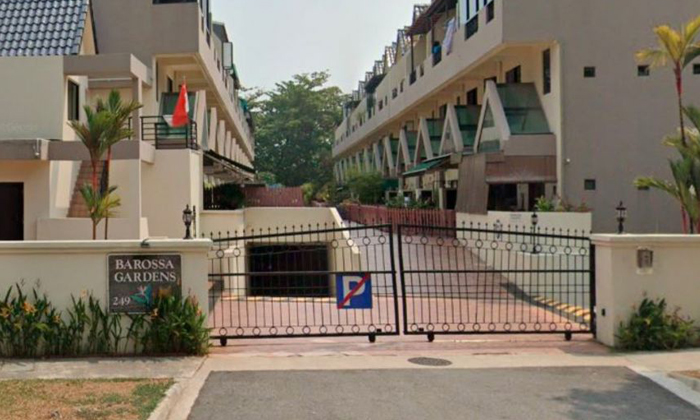 A scientist from the Agency for Science, Technology and Research (A*Star) allegedly exposed himself and performed a sexual act in a backyard at a condominium last year.

Chinese national Xie Danpeng, 30, whose pre-trial conference was held at the State Courts on Monday (Feb 8), is accused of committing the offence on April 12 last year.

He is said to have lowered his shorts before sexually stimulating himself in the presence of two others at the Barossa Gardens condominium in Pasir Panjang Road between 8am and 9am that day.

Details about his alleged victims have been redacted from court documents.

Xie is also accused of other offences, including two counts each of theft and criminal trespass.

His next pre-trial conference will be on April 5.

A*Star told The Straits Times in a statement that he has been an employee at its Institute of Microelectronics since 2019.

Its spokesman added: "A*Star holds our employees to the highest standards of conduct and behaviour and will take appropriate action when the outcome is clear.

"The case is now before the courts, and A*Star has no further comment."

According to Xie's LinkedIn page, he holds a PhD in electrical and computer engineering from the University of Macau.

The university's website states: "Xie Danpeng, a PhD student from the Department of Electrical and Computer Engineering, Faculty of Science and Technology... received the Best Student Paper Award at the International Conference on Microwave and Millimeter Wave Technology 2018.

"Titled 'Microstrip Leaky-Wave Antennas with Periodical Loading of Shorting Pins', Xie's paper was ranked No. 1 with the highest total score among all student papers at the conference."

If convicted of exposing himself, he can be jailed for up to a year and fined.