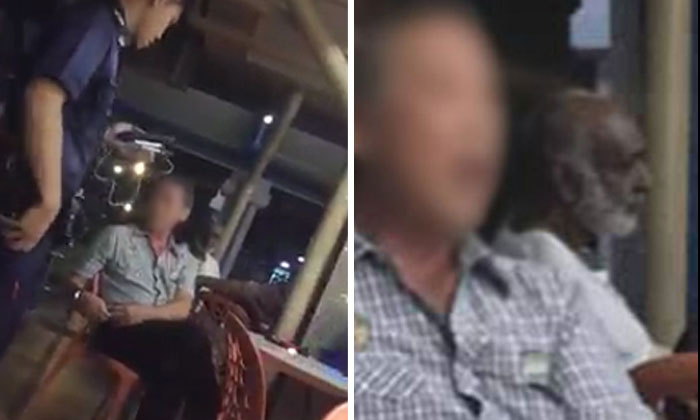 An elderly man was caught watching obscene videos at a coffeeshop, traumatising two young girls nearby.

In a Facebook post, user Lynne Lim said that the two young girls, aged 10 and 15, were so disturbed that they burst into tears.

Apparently. the man had been watching the adult videos while his screen was within the two girls’ line of sight, seated on a table opposite to his.

According to Lynne, the girls’ mother confronted the man upon realising what was happening.

Instead of apologising, the man taunted her to call the police.

A video of the incident was also uploaded on Lynne's Facebook page, showing police officers at the scene,  while the man was seated.

Another man was shown conversing with the officers who asked him to take a seat.

“A 62-year-old man was arrested for causing public nuisance.