Arrested: BMW driver falls asleep at the wheel in Woodlands, then goes against traffic when woken up by police 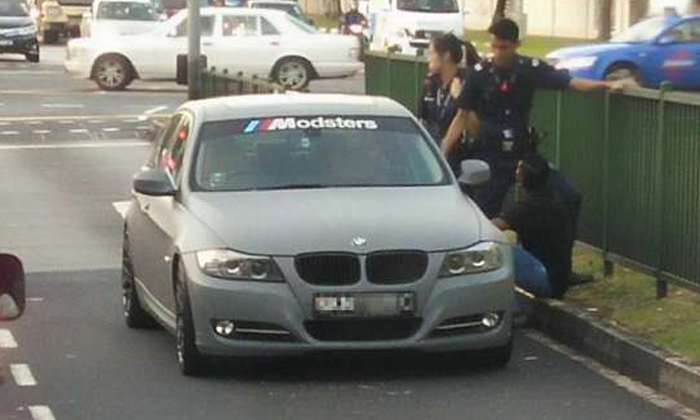 A driver was arrested in Woodlands on Saturday for driving against traffic - the latest in string of similar cases that have taken place in the past month.

Police said they were alerted to an incident at the junction of Woodlands Avenue 1 and Woodlands Avenue 2 at 7.06am on Saturday (Jan 14). It reportedly started with a driver falling asleep at the wheel.

An eye-witness, Mr Ong, told Lianhe Wanbao that a BMW was parked at a traffic junction on Woodlands Avenue 2. And though the light changed several times and other cars sounded their horns repeatedly, it did not move.

He told Wanbao he saw that the driver's eyes were closed, and he tapped on the window to try to wake him up. The driver did not respond, and so Mr Ong called the police.

When the police arrived, one of the officers knocked loudly on the car window, finally rousing the driver.

Startled, the driver stepped on the accelerator and drove onto the wrong side of the road. Mr Ong said that a police officer tried to stop the car by blocking it, and was nearly hit.

The car finally stopped and police said a 29-year-old man was arrested for suspected drink driving.

"I admire her ( the police officer's) courage, but I want to tell her to put her own safety first, as her family will be worried," he said.

Traffic Police received reports of seven cases of driving against traffic between Dec 28 and Jan 7.