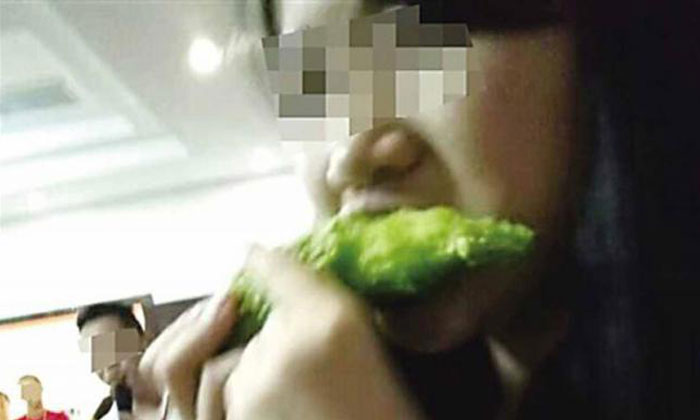 The list of things some employers make their workers do in China has reached a bitter new low.

40 employees in a firm in China were made to eat bitter gourd as punishment for not meeting their weekly sales target.

According to Chinese media reports, the management at Leshang Decorations Corporation, located in the Chongqing province, came up with the cruel punishment to motivate the workers.

Employees who were unable to swallow the vegetable and spat it back out, were reportedly forced to eat even more bitter gourd. Photos circulating on the Internet also reveal employees being entertained by their colleagues' bitter misfortune.

Shanghaiist reported that according to an inside source, Leshang Decorations Corporation ordered bitter gourds in bulk to punish their employees.

One of the punished workers also told People's Daily that she had been subjected to other forms of punishment before, including being made to do push-ups, squats and running around her office building multiple times.

According to labour laws in China, employers are reportedly held accountable for any damage inflicted on their workers.

This is not the first instance of workplace abuse in China.

The disturbing incident occurred while the victims' colleagues were seated below the stage.

Previously, workers from a car rental company in China crawled on all fours on a street after failing to meet their sales target.

In this particular incident though, the employees reportedly did it voluntarily after finding out that their boss intended to take responsibility himself and crawl on the street.