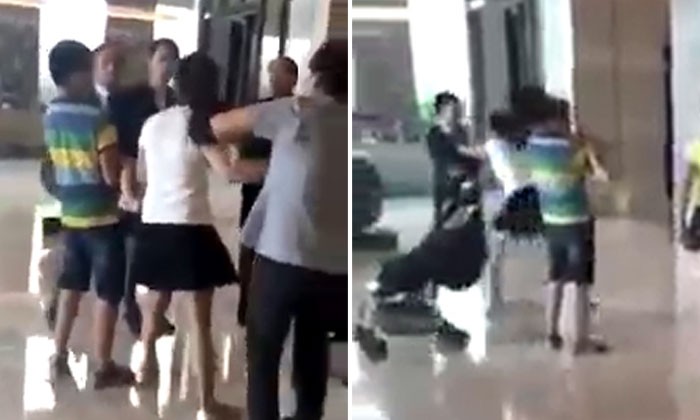 A video circulating online shows a dispute between a woman and staff of a hotel in China.

According to the caption of the video that was posted on Cool Singapore Bureau, the dispute is believed to have occurred when hotel staff started to question the woman after her 11-year-old son peed on a sofa in the hotel lobby.

In the video, a woman can be first seen shouting at a member of staff. The staff was speaking to her calmly but the woman appeared to be agitated and was raising her voice.

Another hotel staff then approached the woman. This time, instead of shouting, the woman violently pushed the female staff.

The latter then replied saying in Mandarin "you cannot hit me."

More members of staff then tried to reason with the woman but she did not calm down.

She screamed at the them and said:

Another woman clad in a grey outfit then restrained the her and separated her from the group of hotel staff.

It is unclear what happened thereafter.