What were they thinking? Chinese tourists in Thailand feed swamp full of crocodiles from flimsy raft 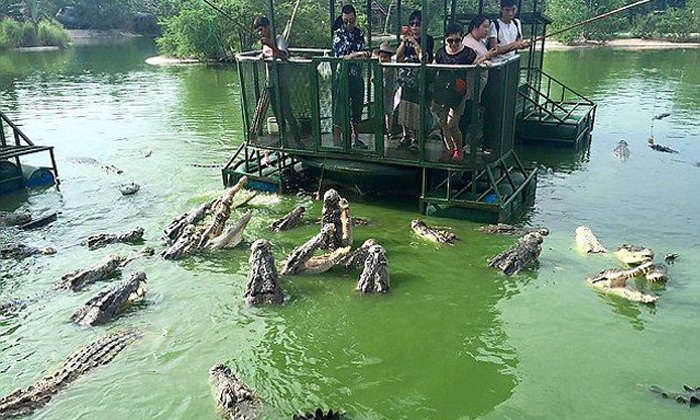 A group of Chinese tourists were recently seen feeding crocodiles aboard a fragile-looking raft at Elephant Kingdom Park in Chonburi, Thailand.

Photos posted on Shanghaiist show the thrill-seekers, including children, being surrounded by numerous crocodiles.

The tourists were luring the animals to come closer by dipping meat dangling from hooks into the water.

The viral pictures have sparked fear among netizens, who pointed out how flimsy and unsafe the raft looked.

One commented, "What if those people got pulled down or even fell into the lake accidentally?" while another wrote, "All those people on that raft are playing with their lives. Seriously, it's not worth it. Stop playing with fire!"

As a result of the controversy, Elephant Kingdom, which is home to 4,000 crocodiles, has been shut down for 90 days after so that Chonburi authorities can carry out safety inspections on the farm.