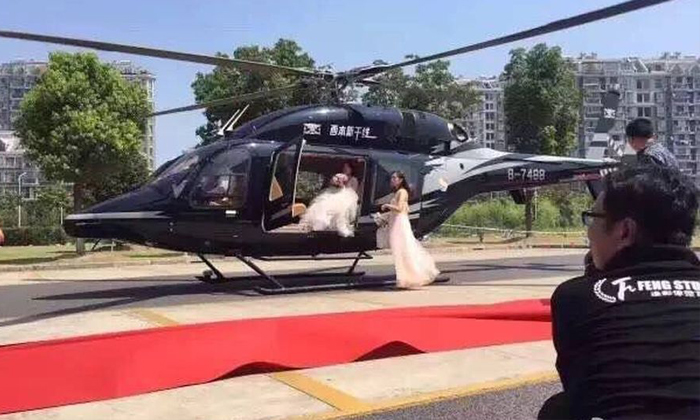 Do you think it's possible to be rich enough to shut down traffic for an hour?

According to a report by AsianTown, that's exactly what a Chinese couple in Shanghai did, as a helicopter picked them up in the middle of a busy road to transport them to the location of their wedding ceremony.

The couple, both of whom are from extremely influential families, apparently got permission from the authorities to shut down traffic on Nanyuan Road with their wealth.

While traffic came to a standstill, passers-by looked on while a red carpet was rolled out onto the road.

As the bride decked out in her wedding gown stood by with her bridal party and security guards, the chopper soon arrived with her groom already onboard.

The groom disembarked to pick up his bride, and the newlyweds reportedly took off with big grins on both their faces.

Unimpressed Weibo users have demanded to know why the couple were allowed to close down a road and cause a traffic jam without any care for the locals.