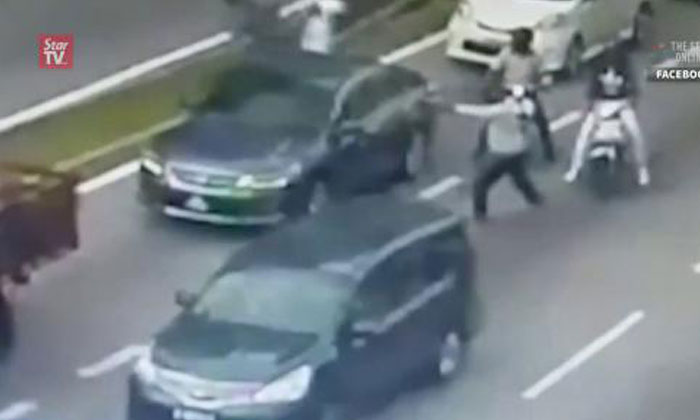 A man died after being shot 16 times in a gruesome incident near Setapak Central mall in Kuala Lumpur yesterday afternoon (July 27).

According to The Star via AsiaOne, the 43-year-old moneylender was driving alone along the road near the mall when four men on two motorcycles approached his car.

The victim had stopped at the traffic light when one shooter went to the left of the vehicle while another went to the right before opening fire.

City CID chief Senior Asst Comm Rusdi Mohd Isa said at a press conference at the Setapak police station that the shooter on the right of the car fired about three to four shots while the other fired twelve before both bikes fled the scene.

Both shooters were riding pillion.

The victim's body had bullet wounds in the head, body and leg areas.

The father of three was reportedly on his way to meet a relative nearby.

SAC Rusdi told local media that "there is a possibility" that the shooting was gang related.

"We have early information on his background of being involved in gangs."

He added that the victim had a previous arrest record in 2014 and that investigations will explore every avenue.