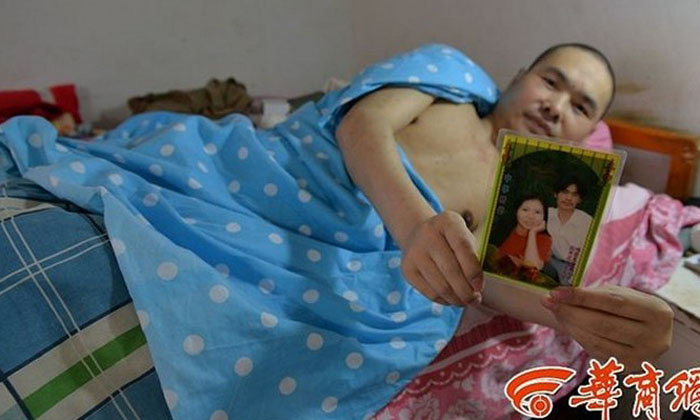 One woman from Shaanxi, China, divorced her husband after he was paralysed and married his good friend -- but the story is not what it seems.

Before you condemn her, she did not leave him.

According to Shanghaiist, the woman and her new husband take care of her ex-hubby together.

Xie Xiping, has been looking after her (now ex) husband Xu Xihan since he was paralysed in a mining accident in 2002.

Xu recalled that neighbours all believed that his wife would runaway and leave him alone in just three months.

Instead, Xie insisted to stay with Xu and take care of him, along with their son and daughter. However, Xu wanted his wife to be happy.

Finally, in 2009, he convinced her that they should divorce and watched as she married his colleague, Liu Zongkui.

Since then, Liu has helped to take care of both Xie and her ex-husband Xu. In 2012, Xie gave birth to another son.

This family of six now live together in a happy, if somewhat confusing arrangement.