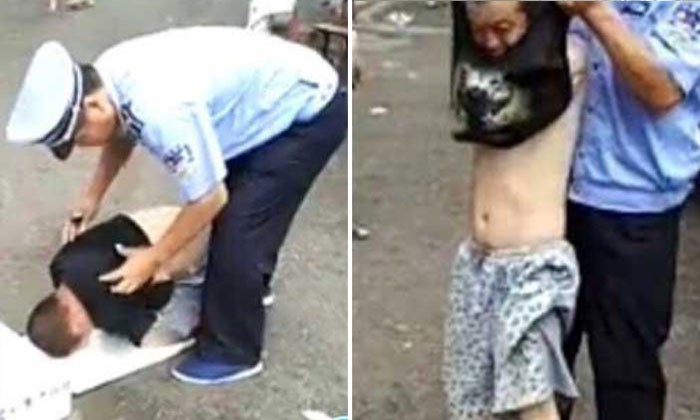 An 'armless' beggar in China was exposed by a security guard as a fraud after the latter pulled off the beggar's t-shirt to reveal that he was not disabled at all.

According to Chinese news site NetEase and Shanghaiist, the suspicious guard stepped in to investigate after spotting the man kneeling on the ground outside a market in Yiwu, Zhejiang province.

It is not known what he found suspicious, but the guard went so far as to roll up the man's shirt. Based on photos taken of the incident, the man did not appear to resist.

The incident angered online users, one which said: "I think that my sympathy for these people is slowly running out," Shanghaiist reported.

The case bears similarity to another incident in China, when an irate passer-by decided to pull the pants off an "amputee" beggar in China, revealing a pair of limbs tucked into his boxer shorts.

But reactions on Facebook to the incident were mixed. Some users felt the man should not have pulled off the beggar's pants in public, while others thought he deserved it.