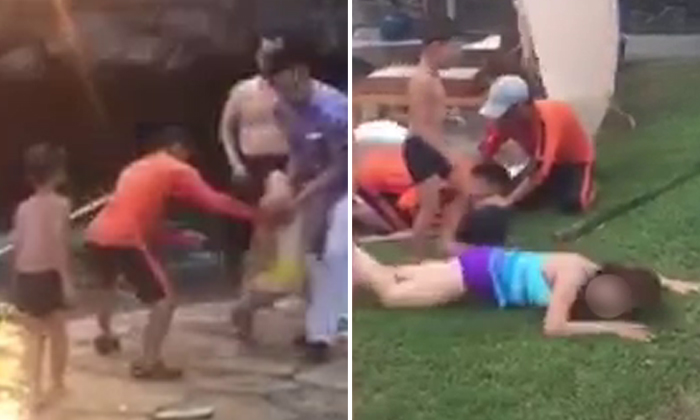 Stomper Richard shared a video that showing a young child being dragged out of a swimming pool after allegedly having been electrocuted.

Richard said that someone had sent him the clip, which according to him was filmed last night (June 29).

Initially it was thought that the incident happened in Penang. According to weixin.qq however, it took place in Guangzhou, China.

In the video, a woman in a blue top appeared to go into hysterics after coming into contact with the pool water. It is unclear if she had gotten electrocuted.

Children can also be heard crying and screaming as the scene unfolded.

A few men then pulled a young girl, said to have been electrocuted, out of the pool and performed cardiopulmonary resuscitation (CPR) on her.

At the same time, the woman also slumped onto the ground.

"A child got electrocuted in a swimming pool with underwater electric cables and lights.

"For those who stay at condos and apartments with a swimming pool facility, please be aware."

Details of the incident as well as what happened to both the girl and woman remain unclear, however.