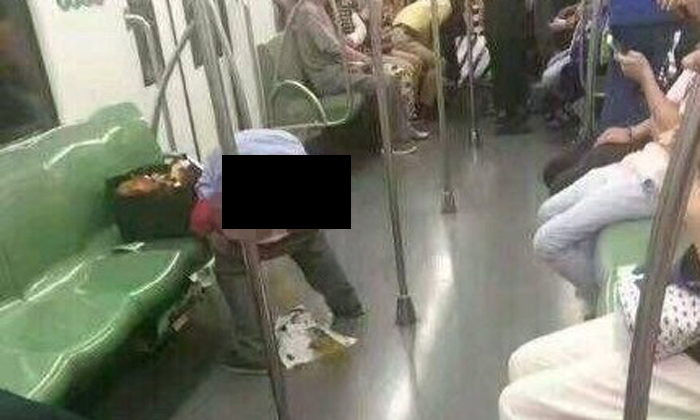 The Shanghai Metro Line 2 took on a whole new meaning on Wednesday (Aug 3) when one guy took on the meaning of 'Number 2' quite literally.

Shanghaiist reports that pictures have going viral on Chinese social media showing a man doing his big business in the middle of a train cabin in the city in China.

"It's not called line no.2 for nothing," a Twitter user quipped. (sic)

What's more surprising is that commuters did not even look shocked.

The report states that every station on Line 2 has a bathroom inside and stops are only 2 or 3 minutes apart at most.

However, the man chose to take a dump on some newspapers, and netizens could not fathom why.

"... you couldn't just hold it in, get off at the next stop and find a bathroom?"

"If it's diarrhea, then poop in your pants, it's more dignified, more hidden. Once the carriage doors open, you can rush away and no one will be the wiser."