Australian father and BF, both 50, charged with raping 10-month-old baby 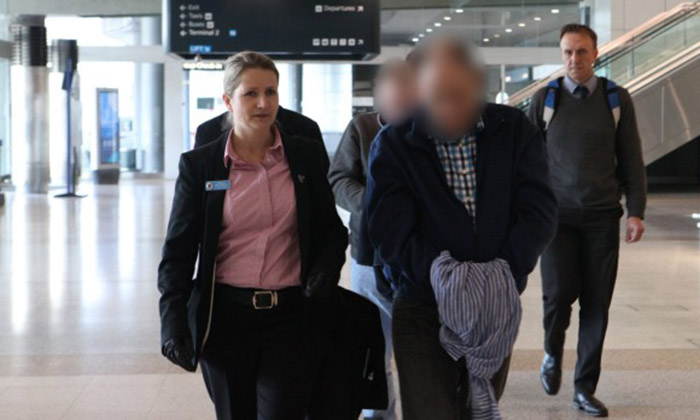 A father and his boyfriend, both aged 50, have been charged with raping a 10-month-old baby while her mother was away on a training course.

According to The Sydney Morning Herald, the duo raped her for three hours in the time her mother was gone. The man has been charged with sexually assaulting his baby daughter and offering her up to his boyfriend, who then gloated about it over Skype.

They have been arrested in Ivanhoe, Victoria on Tuesday and extradited to Sydney on Wednesday night to face charges that Child Abuse police said were so horrific they were lost for words.

The pair also reportedly took naked photos of the baby, according to The Independent.

A police raid on the two men's home in Melbourne, where they live together, uncovered illicit material on their computers, including child pornography and disturbing Skype conversations.

“Her mother was out for a while. We did not have enough time to do everything we wanted to unfortunately.”

“[The father] and I will have time on our own with her. Incest turns me on so much.”

Neither the men nor the child can be identified for legal reasons.

The baby was allegedly in the care of the two men while the child's mother was out at a training course for a few hours.

The victim's father has been charged with two counts of sexual intercourse with a person under ten years and the production, possession and sharing of child pornography, said the report.

His boyfriend has been charged with sexual intercourse with a person under ten years of age, as well as child pornography-related offences and use of a child under 14 years to produce child abuse material.

Both men were denied bail.