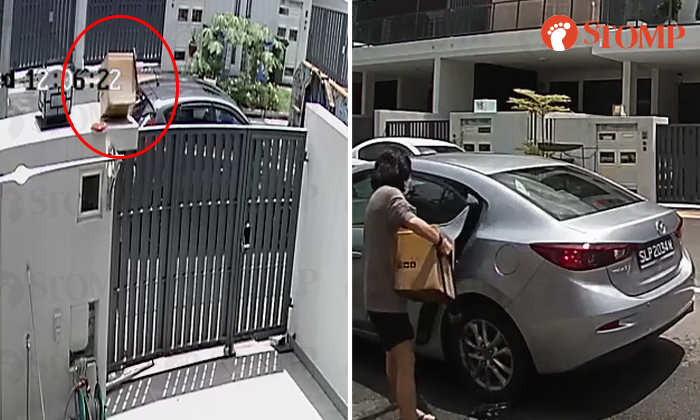 Police are investigating an incident in which a woman was caught on camera helping herself to a parcel that had been left on the gate of a resident's landed home.

Stomper Harry said the incident occurred at Luxus Hill Drive on May 5, at 12.06pm.

He told Stomp: "The parcel contained a pair of shoes worth about $200. It was left on top of the gate as no one was home, but got stolen."

A neighbour's CCTV camera captured the culprit committing the act with the help of a metal trolley and leaving the scene in a car.

Two videos (above) that Harry shared with Stomp show a woman exiting a silver car.

She is spotted pulling a trolley while walking out of frame, presumably to the gate in question.

The woman is subsequently seen returning to the car, this time carrying both her trolley and a brown box. 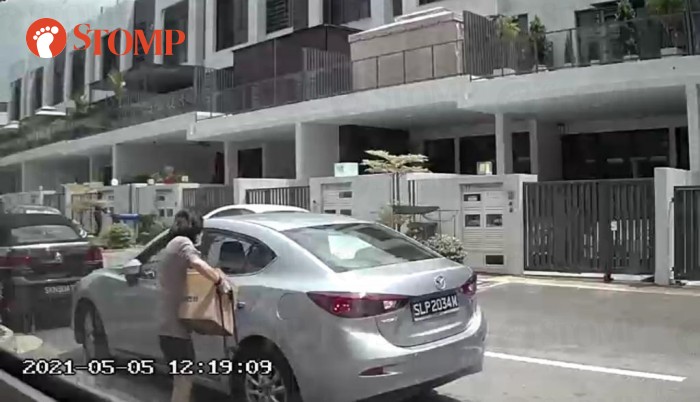 She then places the box in the backseat of the car along with her folded trolley, before entering the front passenger seat.

The car drives off.

In a third video (below) captured at Harry's home, the parcel can be seen being removed from the top of the gate by someone using the trolley's handle.

Harry, who made a police report on the same day, said: "This is the first time something like this has happened to me. I do not recognise the woman."