Armed robber who pointed knife at cashier and stole $1,000 flees during court break 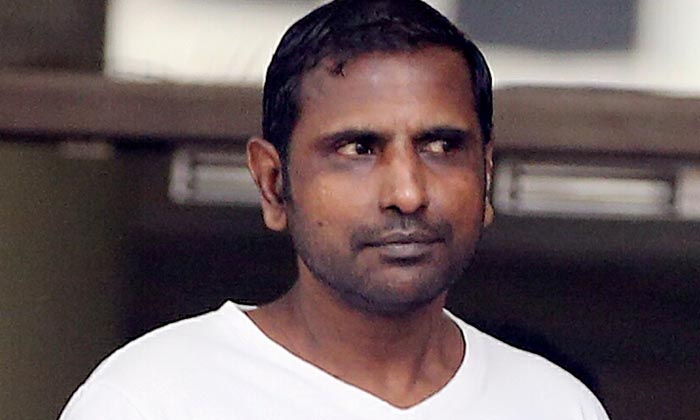 A 50-year-old Singaporean, who was in court yesterday for his sentencing over an armed robbery case, absconded when the hearing was momentarily stood down.

A warrant of arrest has since been issued against Visvanathan Vadivelu, who had pleaded guilty earlier this year to an armed robbery charge, two counts of drug consumption and one count of drug possession.

He was initially represented by lawyer A. Revi Shanker, but discharged the counsel on Monday.

At around 4.30pm yesterday, Visvanathan, who was unrepresented, told District Judge Kan Shuk Weng that he wanted to retract his plea for all charges other than drug possession, to which he admitted.

When Judge Kan asked him why he wanted to retract his plea, he replied that he has "mental issues" and claimed that Mr Revi had not been "interested" in them.

The judge stood down the hearing for Mr Revi to be called to the courtroom. But when the lawyer arrived about 15 minutes later, Visvanathan was nowhere to be found. Judge Kan then issued a warrant of arrest against him.

Visvanathan had robbed a petrol station on July 31, 2017, as he was "desperate for money". He was unemployed at the time.

At around noon that day, he rode his motorcycle to Upper Bukit Timah Road, stopped near an overhead bridge and used grey masking tape to cover the rear registration plate.

He put on a jacket, gloves and a pair of sunglasses to conceal his identity, before retrieving a kitchen knife from the bike's storage box. He then entered a Shell petrol station.

He went to the area behind the counter and approached a cashier. "The accused took out the kitchen knife... and pointed it at the cash register, while shouting at the victim to open (it)," Deputy Public Prosecutor Chong Yong had said at the hearing earlier this year.

The 22-year-old woman complied out of fear and Visvanathan took more than $1,000 from the register before riding away. But about four hours later, police had him in handcuffs.

He was charged in court with armed robbery two days later and was out on bail when police re-arrested him on Sept 15, 2017, for suspected drug-related offences.

He had a packet of powdery substance which was later found to contain diamorphine or pure heroin. His urine samples also showed traces of the drug as well as methamphetamine.

Related Stories
Man linked to Orchard Towers murder fails to appear in court: Mum given 48 hours to find him
Man with knife locks himself and 72-year-old mother in flat, keeps police and SCDF out for 2 hours
Pregnant maid sprays insecticide on employer's face and threatens her with knife
More About:
knife
Bukit Timah
court
armed robbery
robbery