Another crane destroys another shelter... this time between Blocks 504 and 506 in Bukit Batok 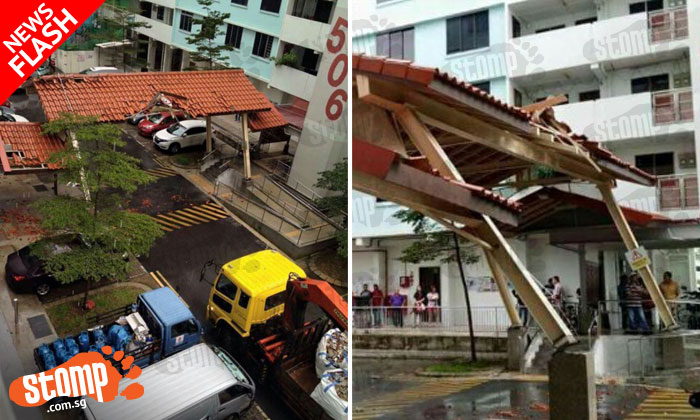 A lorry crane crashed into and nearly toppled a walkway shelter in between Blocks 504 and 506 Bukit Batok street 52 today (Jul 20) at around 3pm.

A Stomper who was at the scene at around 6pm came across the aftermath of the accident and sent photos of what happened to Stomp.

In the photos, the walkway can be seen tilted to an angle. Roof tiles were also strewn on the ground.

"The walkway was tilted almost 45 degrees.

"This was like the incident that also happened in Bukit Batok last month.

"This time however I think the driver managed to jam on his brakes after he realised what happened so the damage was not as bad."

The SCDF has released a statement with regard to the incident.

"Upon arrival, there were no injuries. SCDF assistance was not required."