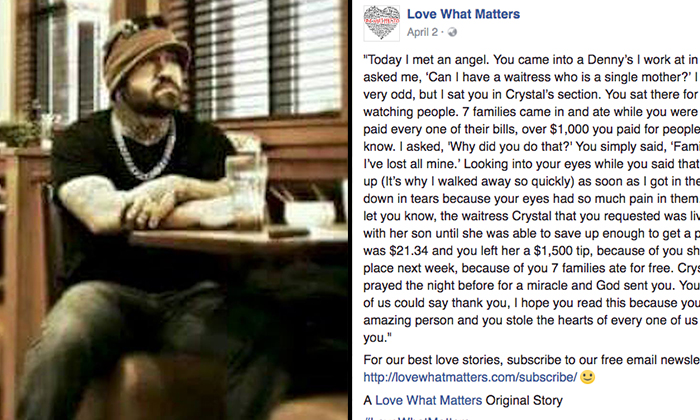 A stranger who lost his family went to a Utah Denny’s and had an odd request to the hostess; He wanted to be served by a single mother.

Although she found his request perplexing, she seated him at a table being serviced by a waitress, who was coincidentally, a single mum.

The man sat at his table for the next two hours, watching families that periodically entered the restaurant. As he did so, he paid for their meals.

Before he left, he also tipped his waitress a whopping $1,500, according to Distractify.

When asked by the hostess the reason behind his actions, the reticent man said:

“Family is everything, I’ve lost all mine.”

So here’s something to restore your faith in humanity.